Maybe it was 1991 or about then that I was commissioned by Bridgestone Bicycle Company to develop a set of ornate-y lugs for its line of road bicycles. After some hemming, then some hawing, and later the firm’s closing its North American offices, the parts came back to me and lingered. Some time passed before these became the lug designs used on the original Rivendell Bicycles. I used a few sets on some RS frames. Some were sold to Mike Barry for his Mariposas. Keen eyes will also see these as the shapes from which the PCD Artisan lugs were modeled. Because my prototypes were carved from blanks they were never used once the cast models were born. Not only do these originals fit only French dimension pipes, the angles are beyond wonky and outside the range of normal frame designs. So their lingering continues just as it did 25 years ago.

PS To read more about these lugs and their origins, click here.
. 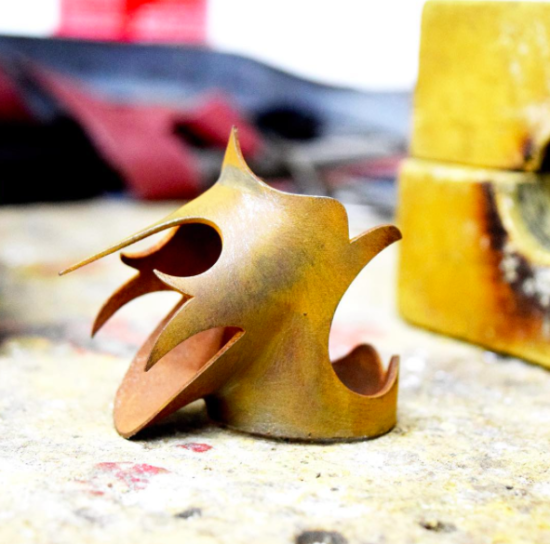