I saw this on Facebook. It’s a team bicycle from the first year we dd them in red and white. That was 1983. The years before, they were all grey. Story goes, Le Coq Sportif was our kit supplier and they handed over a load of red and white skin suits during the off-season and I decided to paint the livery to match. The French company stayed with us another year and then moved on. And I kept painting the bicycles similarly since it was easier to incorporate the older, used ones without incurring refinishing costs. Before I could say PMS everything was red and white or some subtle variation thereof. It became us, became me. The shades and hues were never the same from year to year. I won’t even mention how many ink color changes there were in the decals. And the decal art, scale, and placement were also moving targets. So, there really isn’t a definitive red and white scheme that defines the RS team bicycle look. PS Yes I know it’s a shitty picture. It’s a screenshot of a photo that was taken when Reagan was President.
. 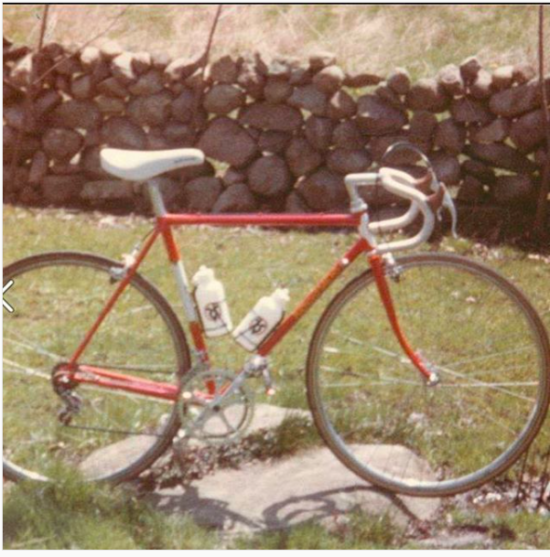 « All This By Hand
One Rare Moment »