Despite having been abroad and with the experiences that come with working in a small production shop for almost a year, I consider myself a maker with no real pedigree. The time in London was beyond enjoyable, and I did learn some. But I didn’t leave with many tools or a skill set. What I really had was a once in a lifetime opportunity to stand at the side of others who came up in a family business and who let me watch as they worked. To that end, I am more self taught than not.

I channeled all of this into my own brand by 1975. Though there were questions along the way, the business grew and I always had work. But there was always this nagging, “This picture is not complete and I don’t know why…” thing looming. It came to a head after maybe seven years at the bench.

I began to think the niche I evolved past the point of my ability to keep pace. It seemed that bicycle making was less the result of a craftsman bleeding for his art and more a process that involved collaboration, more than a single pair of hands, and that a space with lots of big, heavy, expensive tools was de rigueur (French for you gotta have that shit bro‘). That last part was especially true when the film crew arrived.

By 1981 and completely lost in my own sea of charming little spring clamps, straight edges, and angle iron, I started spending heavily on tonnage from Bike Machinery and Marchetti + Lange, two Italian firms that made function specific devices for my trade.

Shopping is definitely good for the soul. For a brief moment I thought it just can’t get any better than this. That feeling eventually left me.
. 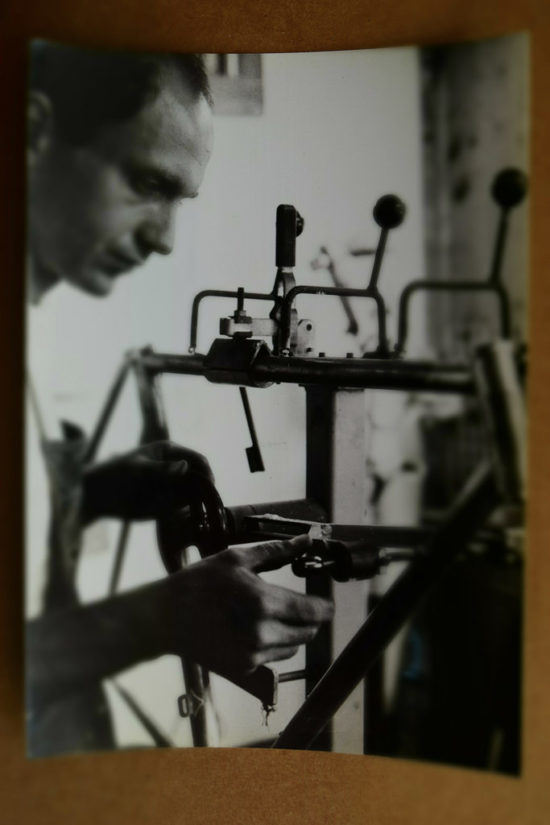