Twenty four years ago. That’s when Christopher Koch and Michael Furman spent three days with me, the result of which became the cover story in Bicycle Guide. I didn’t know what direction the project would take. Consumer magazine articles were typically about products; road tests that spoke to the attributes of whatever brands were ridden that month. By contrast, this story was about me.

When the June 1990 issue arrived, I had nearly two decades at the bench. I persevered through the seventies, mostly on enthusiasm and a lack of other options. I endured the next decade and watched as many of the men whose path I followed were getting old, and bored, and grudgingly giving way to the mountain bike. By 1990 it was clear, to me at least, that I was not part of their landscape.

I didn’t want to be a bicycle maker, I became one. My trip to London in 1972 wasn’t about learning a craft, or being part of a long list of names that made bicycles for the racing men. I left the comfort zone of my 18 year old life to get even, and to make things right. I was turned down for a mechanic’s job I thought could bridge the time before college started, and the rejection became a catalyst for all that followed.

At no point in the early years did I feel a connection to the industry or my trade. I saw myself as an outlier who somehow slipped in through an open window – and stayed. I’ve met precious few cats in my business with whom I share ideals or even a vision for how to stand at the bench. I’ve made many friends, but the list of names I have a common bond with is very short.

I’ve never felt part of some bigger picture. By 1990 I knew the bicycle business was a place I didn’t want to be. In six pages, Christopher and Michael captured that sentiment perfectly. Twenty four years have passed and I still feel this way. I don’t dwell on the time, but do realize that I’ve spent most of what’s been allotted for me. Every so often I’ll read the article, look at the photographs, and hope that the ink on these pages hasn’t dried.
. 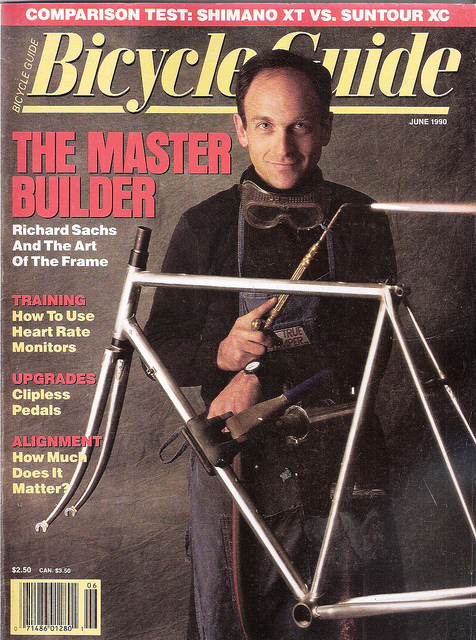