From the middle 1980s. Some 30 plus years ago. There was a merger and acquisitions party going on in the industry and brands were getting consumed by larger parent companies for whatever reasons money people use to justify these things. I was a target of at least three bona fide offers, all from Asia. It was laughable. By then I’d been at the bench for 15 years. And was too young and too defiant to even care about shit like this. My attitude led me to create the graphic. I had hundreds of variations in the notebooks I kept. Funny – TLD (The Lovely Deb) found them decades later and asked what the absolute fuck. Deb inadvertently stumbled on some that had pages upon pages of logos. That scene in The Shining when the wife character (finally) finds the book the Jack Nicholson guy was writing. “All work and no play makes Jack a dull boy” over and over and OVER again. That’s was me. Years of commitment. And scribbling. All for my own self assurance that I was no one’s man except my own. And that it would never change. 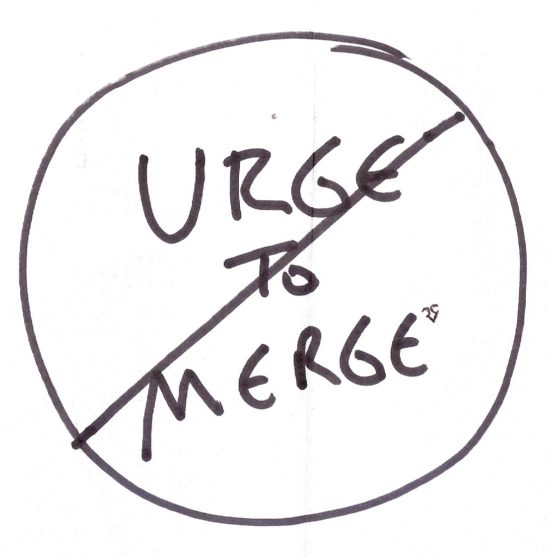