Why I Do This

The bicycle as a tool for the sport first got me wet and sticky while still a junior at The Peddie School. I read every niche magazine I could touch. I studied position and posture when I should have been working on academic assignments. I looked at where riders placed their gear and brake levers. At the cable paths too. I noticed how high the white socks came up on their ankles. And if their Dettos appeared well polished in the photographs.

My own racing has been at times forgettable, and every so often memorable. I’ve pinned on numbers since 1972. It took me until I was near thirty before I could actually race, rather than just ride around following wheels.

My best road years were the middle 1990s when my club merged with Stowe B.C. During our second season, I hit a stride. I turned myself inside out during the week so that whatever was thrown at me on the weekend was easy. Results came. Confidence was ever-present. And I feared nothing.

Unlike earlier periods in life when I’d look at signup sheets and worry about who’d be at my side in a given event, I was now at a place where none of it mattered. It had all come together. My attitude, “Someone has to win this, it might as well be me.” fueled every start. It’s a lesson that came from nowhere, but when it arrived, I took it into the rest of my life.

Say what you will about man’s need for competition. That he needs a challenge. Or validation. For me, the peloton is equal parts classroom, chess board, and research library. From racing, I learned to read situations, hone instincts, and hear my own voice.
. 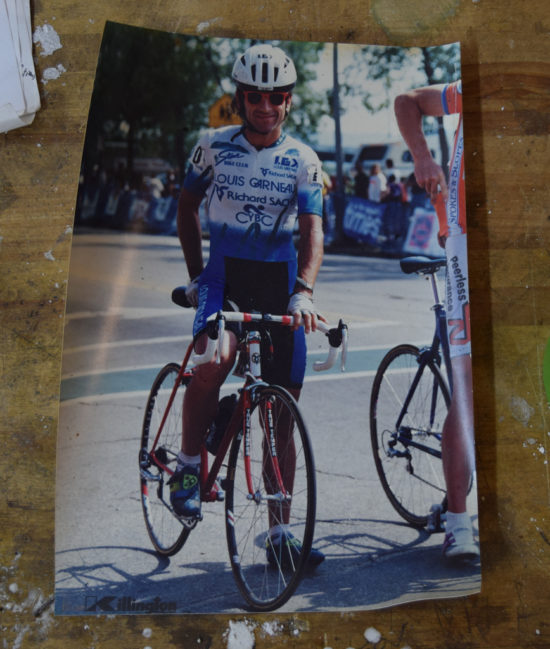