A Degree In Reverse Engineering

This is the original hand-made Newvex 31.8 X 31.8 lug circa 2002. Fabricated from one blank with the bits of two other dissected lugs grafted to it, and then shown who’s boss with some files, muscle memory, and a vision to keep framebuilding from fading into the ether atmo. I wanted to reverse engineer the materials and style changes that were taking root, and bring traditional components back into the conversation (but using 21st century dimensions). This part is from a set of three I carved and later mailed to the casting house with the message, copy this huh. All of this preceded Solidworks and art files being sent half way around the world in a second or three. More than a decade and many additional lug, fork crown, bottom bracket shell, dropout, and tubing projects later, the menu is full again allowing craftspeople to ply a trade without worrying about options or shortages.
. 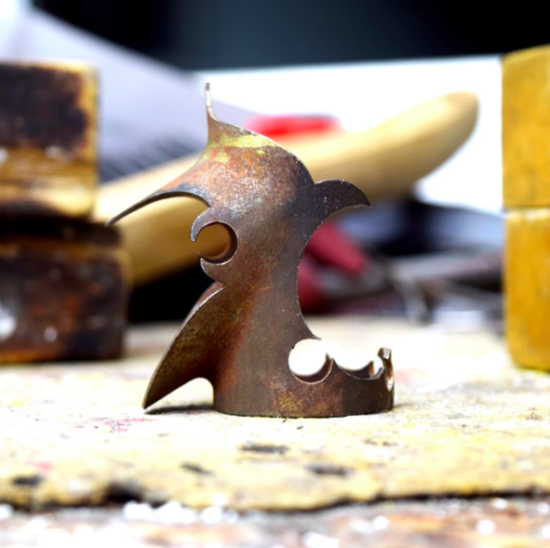