a visit to the endorphinage

“in august i start veering over from pavement to a ‘cross course or three that i have in a nearby state forest and drop the time to 70 minutes of intensity a day, thereby mimicking the race situation and making every pedal stroke count atmo. in the past i have referred to this as ‘going to the coffin’, or ‘spending time at the endorphinage’, because the 70 minutes i do from that point forward become my training routine.

we all have to put aside some time to train for specific events or an entire series of events over and above any work that impinges on cycling time. but few of us have a legendary seven year plus waiting list for the fruit of our labours. as can perhaps be seen from one or two articles concerning the forthcoming cyclocross season i have lined up (making me seem far more organised than is truthfully the case), investment in ‘cross is often over and above any commercial advantage to be gained from doing so. richard sachs is already in preparation for yet another season at the head of his rgm watches cyclocross team. 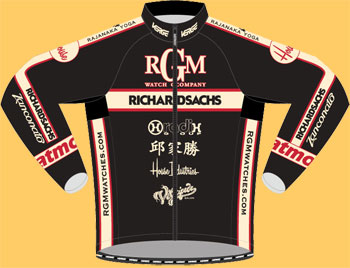 for many at this level it is often a case of sitting back and awaiting delivery of bicycles and associated sponsors’ products, while weekdays or weekends are spent in the endorphinage as mr sachs has so eloquently put it in my opening quote. or perhaps at the lower levels, it’s a case of ticking off items on the pre-season shopping list. however, richard is the bicycle sponsor and it is thus incumbent on him to not only construct enough bicycles to satisfy demand, but to have them all assembled and maintained. for the 2011/12 season, richard has built “eight new bicycles and 2-3 spares are ready just in case atmo.” the frames have likely by now received their trinketry, consisting of cole t24 wheels shod with challenge tubulars, sram force groupsets, cane creek scx-5 cantilevers, and in a change from previous years, bars, stem and seatpost culled from zipp’s new service course range

the latter alteration is, however, not the result of any dissatisfaction with the previous product, but entirely due to richard’s defintion of family and a sense of honour he expects on both sides of the sponsorship fence. without going into any serious commercial narrative, he’s keen on promoting and maintaining a familial approach often unseen in this day and age. 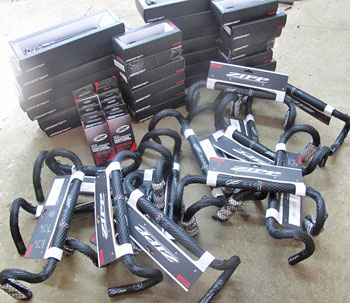 richard quite obviously has little need of using ‘cross racing to advertise his prodigious output of handbuilt frames, so it beggars the question of why, as a man slightly older than myself, he continues to ply the uci c2 and uci c1 category circuit, leaping on and off, running and pedalling in the flames of competition. “as always, there are three key goals: to represent all the sponsors, suppliers, friends and followers superbly well twice each weekend at the events we attend. the calendar is complete and we are slated to compete in about 36 of these through the national championships in january. and, to have experiences with each other every weekend such that all of us involved would want to bottle every moment, every venue, every race, and every meal we all have together all season long and wish that it would last forever (i refer to this as making memories). and, for each of us to help all the others who we call team-mates reach the personal goals set for the 2011 racing season.

were the above reasons to appear at the foot of a full page advertisement in cyclocross magazine, it could be dismissed as just so much empty copywriter’s hyperbole, but i have known richard long enough to know that he means every word. no amount of real world deterrence will shake him from those beliefs, and why the heck should it? 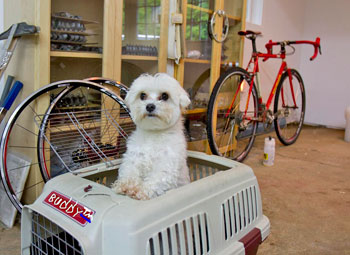 i asked how he was able to incorporate sufficient training to compete in a series that includes a number of professional racers. this was not intended to undermine richard’s abilities as a ‘cross racer, but simply to point out that there are those involved who have no other mode of employ other than racing bikes with 700c wheels and two sets of cantilevers. the opening quote was a part of the answer, preceded by “i basically ride all year long, even on snow days, in order to maintain a base and to get some quiet time away from the heavy social e-life i lead. by late spring i try to ramp up the intensity with road miles and by july, i could actually race; but i don’t. i’d rather keep something in the tank for the autumn. 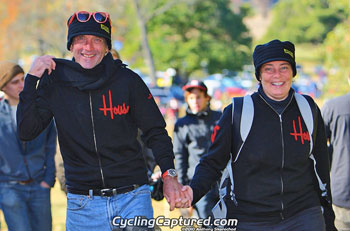 the rgm watches, richard sachs race team has already its full complement of riders for the season: josh dillon, dan chabonov, and christian favata, e-richie, tld (the lovely deb), and buddy. the lovely deb refers to richard’s better half who has been as much a part of the race team as the riders. buddy is their cute little highland terrier providing the competitive edge; the secret weapon. for someone who is not only the name on the downtube, but the general factotum who organises everything from the top down, often working in the pits for the others when not actually racing, what plans does he have for his own part of the season? “i’m very motivated to have a season in which my results more closely resemble my 2009 palmares rather than last year’s. 2010 was a transition year for me/us here in warwick and i never felt 100 percent in control of my race destiny after the fourth weekend of the season.” 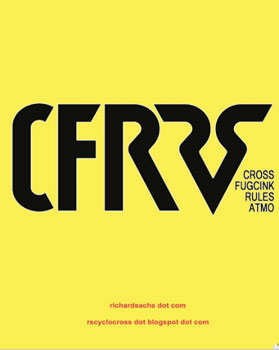 i’m not necessarily setting richard up as the shining example of someone obsessed with cyclocross, for i don’t doubt that there are many others across the plains of america, the fields of europe and the odd corners of england and scotland who hold just as much affection for the sport as mr sachs, but few have been involved at this level for such a long period of time (around 16 years), yet not only retained such enthusiasm but honed it to such a fanatical degree.

the sport of cyclocross is undoubtedly experiencing a renaissance the like of which few sports have recently seen, arguably led by america (the 2013 uci world championships will be held in louisville, kentucky), but certainly spreading worldwide, one that holds just as great a desire to participate on those who attend as spectators, as it does on those competing. even if ‘cross means standing ankle deep in mud, vigorously shaking all sizes of cowbell, the enthusiasm seems boundless.

as a parting question, i asked ‘did cross still fugkinc rule?’

photo of richard and the lovely debs by anthony skorochod. reproduced with permission.