What becomes the next big thing? An object, a place, activities – there’s always someone scheming to take what he thinks has wider appeal, and exploit it by bringing it to the mainstream. According to my opinion, very little could be more uncomfortable than occupying a seat on the wagon while on your way to hear the latest new band – except, if you’re already in the arena listening to music you thought you discovered when the late adopters arrive.

A decade ago, my trade resembled a Y2K amalgam of needlepoint, craft brewing, and drum circles. Some came, landed in the margins – and stayed there. Others arrived and left quickly. For a few years, comments like, “But it has so much soul compared to a Trek” or, “The maker is such a genius with his colorways” seemed common. The handmade bicycle, while charming and beautiful to behold, isn’t some spiritual talisman or one of the decorative arts. It’s a tool for sport, a vehicle, and respect should be afforded its assembly, its design, and its history. You become a framebuilder, you don’t enter the room as one.

A town I called home for 35 years experienced similar fate. A lovely hamlet of fewer than 3,000 ultimately crowded me out. I arrived there at nineteen, and lived in the village until I saw it in my rear view mirror some four years ago. During that period, the footprint changed little, but the character rolled over in spades. Some thought that living in beauty and relative quiet wasn’t enough; it should be bottled and served endlessly at an open bar. In time, the community that accepted me as a youngster resembled a theme park, having eaten itself silly with self-absorption. Be careful what you wish for, etcetera.

I see that cyclocross is now part of a wider conversation, mostly due to a pocketful of promoters and industry cats who want to increase their caloric intake by baking a larger pie. That’s too bad. Why do things have to get bigger in order to grow? I think of growth as a personal journey, not something measured in dollars or head counts.

I’m wired to protect my space as if I own it. These examples are just three that occupy that space. Some dramas last years, others only a day. But I’m realizing I own nothing except a few memories; everything else is on loan by those who walked my path before me. It’s easier for me to accept change when I look through a wider lens. At 60, I am finding that lens.

I’ve reconciled that there’s only one bandwagon for all of us, and we each get a few moments to ride on it. Enjoy the time, make a memory, and then let go. 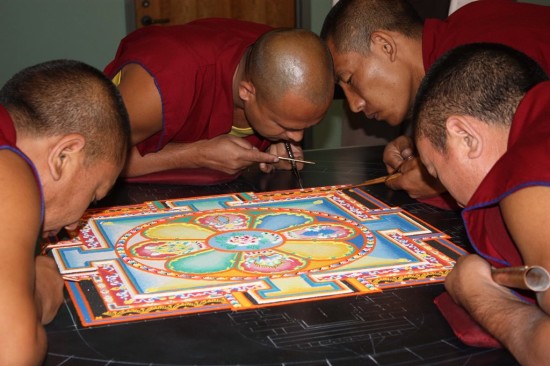