Several Presidential administrations ago when I was an 18 year old Jersey Boy working in Southeast London at Witcomb Lightweight Cycles, one of the first tasks I was shown, and allowed to do, was lug preparation for the staff of framebuiders. Profiling a lug was the term used to describe taking an as-delivered part and squaring up the edges using a 6″ half-round file. This was to bring the entire shoreline into a 90 degree relationship to the pipe passing through it and allow for a crisp shoulder. Lugs came in many lengths, shapes, and designs. All of them needed a maker’s hand to improve their lot in life.

For many years, I continued on with what I was shown in Deptford. Then in the early 1980s, a switch was flicked in what would later become the RS Mind Palace. If making the edge a pure right angle was the goal, it left little to no margin of error for the consistency of the filler material used in the joining process. Complete penetration of a lapped joint is always paramount, but one wants the work to also look good. Sloppy or heavy brazing, cleaned up using any means, is dirt floor and taboo. By then, I’d been at the bench for a decade and still never used or owned rifflers or needle files.

It occurred to me that 90 degrees wasn’t the ideal spec. I began beveling edges by maybe half of the right angle. The complete shoreline is cut so that it veers inward. Careful brazing is one’s best safety net against a bad joint as well as a bad looking one. But according to my opinion, angled-in walls assist in keeping filler material buildup to a minimum. 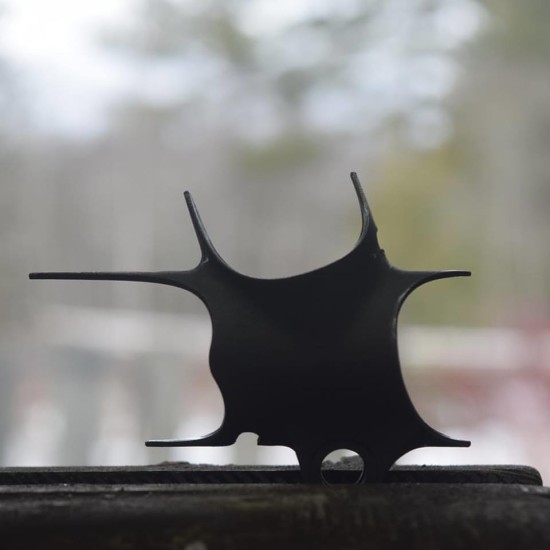