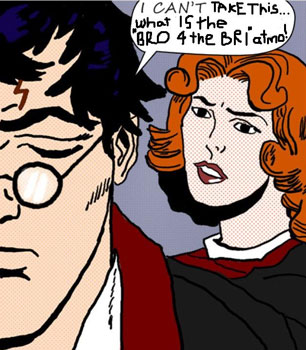 not only have i marvelled at the skill and craftsmanship of richard sachs, i have had the temerity to pass on my admiration amongst those of you suffering from insomnia. those who regularly read these black and yellow pixels. there is no need for me to apologise for such infrequently regular occurrences, for i’m sure most would happily agree, whether carbon heads or not, that a sachs frame has claim to being the eighth wonder of the world.

however, no matter how in love with the daily travail we might be – and i can think of a few whose employ would need to last many a year before anything like tedium reared its ugly head – there are times when even the end result has trouble justifying the means. i’m not suggesting that this state of affairs afflicts mr sachs in any way, but it is more than obvious that his mind wanders; perhaps more often than others. he has a prodigious photographic output documented on flickr, and a tidy section on his website dedicated to sachs toys. a man with a wicked sense of humour.

however, every principal objective in life comes with ancillaries; fluff and fripperies that are maybe less than exciting in and of themselves and perhaps missing the substance that describes the main thrust of industry. these are all but inevitable, yet often just as much a mainstay of the business as the reason for starting in the first place. if i may use the inestimable mr sachs as an example, such extras include courier bags, a movie (imperfection is perfection), custom saddles, t-shirts, socks and an eccentric array of musettes.

i can vouch for the joy of ownership of one or two of these items, but can see the increased value add for any owners of richard sachs bicycles. though i wear my sachs t-shirts with pride, i have no doubt that would be increased ten-fold if i were wheeling a red sachs bicycle at the same time. richard is in possession of a particularly active, creative and eccentric mind, so while the head lug is connected to the downtube, and the seat lug connected to the top tube, amorphous ideas become concrete.

by way of a slight divertissement at this point, let me introduce you to melbourne, australia resident, mick peel. “I make stuff for bikes out of leather. The majority of my work focuses on the three points of contact; the hands, the seat and the feet. The practice came about through a combination of factors including my background in fashion design, experience working with leather and a project I undertook back in 2008 to customise and convert my road bike to a fixed commuter. I stitched leather to the handlebars and made my own toe straps to match. I caught the bug and soon after that I started my second bike project which included my first attempt at recovering a saddle with leather.
“I work from a small room at the back of my inner suburban Melbourne home. I have many local customers who drop by in the evenings or weekends to discuss their projects and leather needs.”

if you had the answers in front of you, the picture i am slowly painting would, by now, have become glaringly obvious. amongst the itemised sachs toys above, did anyone notice that i did not mention handlebar tape? thought not. “i had rs logo tape since the early 1990s that was made for me by Off-The-Front in nevada. bruce there made sets for me in five-six colors of tape and used the same screen to produce them all. it worked well and i used and sold lots of it. by 2008 or so, the company had diversified and decided to take the product off the market. i have lived off of some excess inventory since then. i have kept my eyes open ever since trying to find the right match so i could align my brand with just the right supplier and resume having handlebar wrap for my bicycles.”

i assume that the proverbial penny has now dropped, and you have successfully made the connection between massachusetts resident richard sachs and australia’s mick peel. “when i was directed to mick’s site i combed almost every single page going back years and was overwhelmed with enthusiasm that someone with such talent was out there, and he was right there on my 17″ screen. i contacted him within a day to inquire as to his interest in helping me with the project. samples arrived. we traded dozens of emails. and within maybe eight weeks or so of the first exchange, the first parcel arrived. the finished product, in the flesh and to the touch, has no equal atmo.”

there is, however, every likelihood that you and i are both wondering why anyone would travel so far to order rolls of bar tape for those extra special bicycles. richard? “nothing is far anymore atmo.”

in any business, reputation counts for a great deal, and while mick’s blog stretches all the way back to 2008, i think it a fair assumption that most of us have never heard of him or, indeed, his busyman blog. “The bike projects started at the beginning of 2008, but at that stage were never considered to be a commercial endeavour. I participated in a small exhibition in September 2008 where I effectively set up my workroom at the gallery for a couple of days. People started enquiring about prices and projects and soon after that I had my first customer project to recover a damaged San Marco Rolls saddle. The blog came about late in 2008 as a response to strong family encouragement to Òget a website upÓ in order to get my work out there.”

there is a woman in a craft shop round the corner from washingmachinepost cottage who offers the possibility of hand-crafted leather items or, should it be required, leather repairs or alterations. though the business has been there for more years than i can remember, never has it been suggested that bicycle ancilleries might form a part of the services on offer.

was mick’s intention to produce craftwork related to the bicycle always the principal desire? “I kind of didn’t really have a definitive intention. I know that I love making stuff. I design it as I make it. I learn something new in regards to materials and techniques with each project I do. I love working with and riding bikes and being part of the community that’s centred around these activities.
“There was actually an intention to design and make some good/stylish cycling apparel but I got caught up with dressing the bikes rather than dressing the rider. I am currently working on a series of bespoke tailored jackets for cycling, part of my mysterious PhD project.

so far so good. we know that mick has the wherewithal to produce exquisite leather works related to the world of the bicycle, and it is of timely knowledge that richard sachs has one of the longest waiting lists for bicycle frames in the industry with a penchant for the inventive. surely only a matter of time within what seems an unexpected and almost contrived hook up between the two men and two continents. the first supplies of rs embossed bar tape have arrived at massachussetts mission control. how will prospective purchasers obtain the results of this collaboration? or are these only for sachs owners? “it will (soon) be on my site’s SACHS TOYS page and available to all.”

meanwhile, back in australia, a few more details about the man responsible. with a website/blog entitled with the epithet busyman does mick’s artistry and skill keep him in the manner to which he may like to become accustomed; is he really a busy man? “I am indeed a Ôbusyman’. By nature I am always busy, my brother actually suggested the name thinking it highly appropriate. I certainly don’t earn a living from my bicycle activities but I do manage to finance my ongoing bicycle projects. I actually have a Ôreal’ job, I’m a senior lectureer in Fashion Design at RMIT University. In a way Busyman is a hobby that has gotten a little out of control.”

photos of the processes and machinery involved in producing the appropriate leather bar wrap for those red bicycles, with no disrespect to mr peel, do not demonstrate hugely industrialised mechanisation. does mick ever receive commissions from the big boys? are pinarello likely to be seen knocking at his door? “No big boys yet. The scale and nature of my practice would probably have to change to accommodate the big boy kind of needs and if that were the case then what I do just wouldn’t be the same. The hand crafted aspect might be lost. I am still thrilled each time I get a job to do leather work for a high end road bike. I’ve recently done some work for a local frame builder (Baum) and for a few of their private customers’ custom built titanium bikes. To me this is pretty high on the accolades scale.”

cyclists, by and large, are nothing if not parochial; we like our stuff to be made by others who share at least a passing interest in our obsession. this perhaps accounts for the dearth of cycle-related orders heading in the direction of the shop round the corner in bowmore. is mick of the competitive cyclist genre, or happier in leisure mode? “I don’t ride competitively but I do get upset whenever I get dropped on our Saturday morning friendly(ish) ride. I am happier being leisurely in the saddle but I ride with some strong guys who are quietly competitive.”

the interweb has substantially decreased the virtual size of the world in which we live. were that not the case, it is unlikely that chaps such as myself would have had any contact with gents such as richard sachs. it’s giving away no secrets to tell that we often have lengthy conversations on a wide variety of topics over the course of a few hours or a few days. richard is particularly perceptive in his statement that nowhere is far anymore, but melbourne and massachusetts? “The amazing reach of the blogosphere, the power of virtual word of mouth. I became aware of Richard Sachs when I got my hands on the catalogue for the Bespoke hand built bicycles exhibition in New York. A friend told me a little about Richard and how active he is as e-richie on forums and Atmo etcÉ So when Richard emailed me with an enquiry about doing a small run of bar tape I was at first very excited that he would ask me and then suspicious that maybe someone was playing a prank on me.
“But Richard Sachs turned out to be real and the first run of bar tape has been made.” 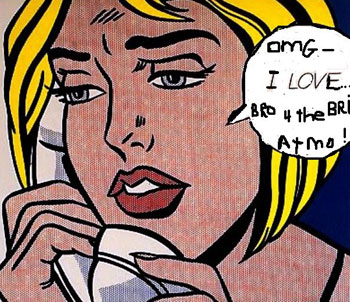 with the results being a satisfactory result in the view of both parties, has richard any notions to move a stage further with sculpted leather saddles? “no. the saddles that mick has done are beautiful – they’re beyond beautiful atmo. but given the options, sizes, and varying tastes, i have concluded that having folks go directly to mick for rs logo-ed saddles makes more sense than it would for me to be in the middle of it all” perhaps then, some atmo embossed handlebar tape? “i don’t know. for now, the motivation is to get the Manubro 4 Manubri dialed in and on the handlebars of folks here in the colonies”

with all his photographic documentation of the sachs workshop, and the legendary waiting list, it’s a impressive that richard seems to have more ideas than i have rainy days. is there more in the pipeline? “yes there is, atmo”

i can but say “to be continued”

thank you to both richard sachs and mick peel for their considerable assistance with the above article.