I’ve been pasting in images lately, all from Nick’s book, Richard Sachs Bicycle Maker. He visited me many times over a twelve month period, capturing my work through his lens. Here’s one, pulled out of sequence. It’s my bench, most likely later in the morning or from the rest of the day, maybe an overtime shift on a weekend.

Deb and I spent eight years in the woods in, as I like to say, deep isolation. The pictures were all taken before we decided to leave, when we were still secluded and expected to be for duration. That was the plan going in, the ideal.

When we found the property it was like the world opened up for us. This was it. By the end, it was something else. Change happens all around us. But, back to me. I didn’t foresee changes within. They just came. I look at all the black and white photographs of me, over one hundred pages of them, and don’t remember that guy.
. 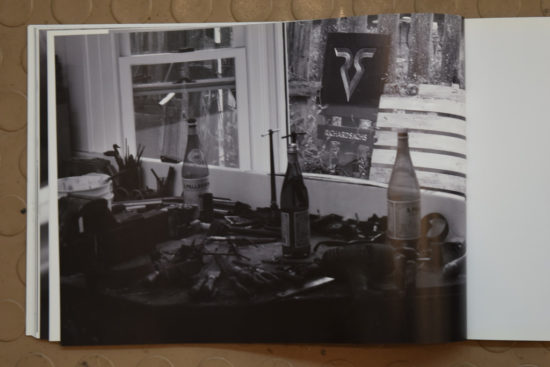