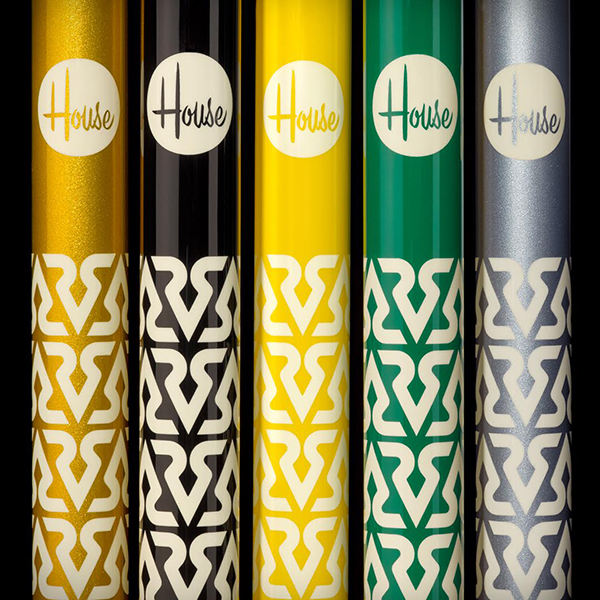 following on from the discussions we had about seasons during yesterday’s little soirée, today’s seasons are somewhat more definable, even though the specific instance under question has recently tended to creep slightly at either end. i am, of course, referring to the cyclocross season, one that commenced on america’s east coast this particular weekend at the ellison park cyclocross festival in rochester new york. i cannot claim that this was definably the first ‘cross race across the pond, but it’s certainly the first undertaken by the richard sachs cyclocross team.

richard definitely fits into the class of individuals for whom the spring and summer’s road racing season simply gets in the way of cyclocross. the team in its various guises has seen more than just a few seasons of mud and hurdles, so does richard ever get tired of the same old, same old?

“It’s never gotten tiring, or rote, or boring. If anything, the entire project of keeping all the balls in the air has become more interesting and fun as the years pass, atmo.”

there is a theoretical propensity for any form of cycle racing that adheres to a circuit to become repetitive. in road-racing, other than the placings in the bunch, nothing much changes from lap to lap. however, given that the greater proportion of a cyclocross circuit meanders across a variety of offroad terrain, depending on the weather, that circuit can alter radically from one lap to another. however, those are expected variables in any cyclocross race, while getting ready for the season must surely fulfil a similar pattern. Does Sachs vary his preparations for each season, or is it still a case of building an appropriate number of frames, kitting them out accordingly, accompanied by the administrative duties that a season’s racing demands? 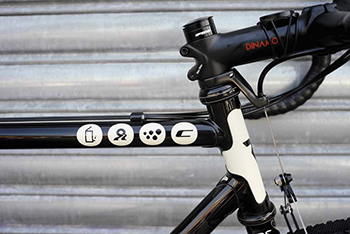 “Each rider gets a pair of matching bicycles. Once in a very short while, an older unit will be resprayed in current year colors, but that’s becoming rarer as time passes. I feel better when I know the frames are new in August and that there are no underlying structural issues.”

surely a part of the bigger picture as it relates to undertaking yet another season of cyclocross, is being aware of the technological developments that might conceivably impact the team’s potential success. richard sachs cyclocross bicycles are surely relatively unusual in that they are still constructed from lugged steel, when much of their surrounds are of carbon fibre. and in an era when cantilever brakes are rapidly giving way to mechanical or hydraulic disks, does richard see a point when his frames will feature disks?

i recently watched a six part documentary on youtube concerning the stage setup for canadian prog-rock band, rush. the irony of a 40 piece road crew serving only three band members was not lost on me, but it did underline how and why successful artists have demonstrative need of those happy to serve rather than desire a place on the podium. a cyclocross team is essentially no different. muddy bikes have to be washed and clean ready to be handed over to a running athlete when required, duties regularly carried out by richard’s partner, the lovely debs, aided and abetted by their little white terrier, buddy. will they be once again handling pit duties this season?

“Without question. Deb is an integral part of the organisation and no decision about the team, the riders, the schedule, or the sponsors, is made without her input. The only absolute here is that I decide where to park at the race venues. No one else gets a vote. It’s all about the parking spot.”

even in cyclocross, there is nothing so sure as change, not only in the case of the bicycles (which have once more changed colours at the expert hands of team sponsor house industries – see top photo – richard’s is the yellow version), but in terms of team personnel. are there any changes this year?

“We’ve added Sam O’Keefe and Libby White, both of whom are U23 riders. To say their sporting backgrounds are overflowing with accomplishments is an understatement. And like their team-mates Dan Chabanov and BrittLee Bowman, these two riders are bright, engaging, and fun to be around. Deb and I expect nothing less than the most enjoyable five months ever.” 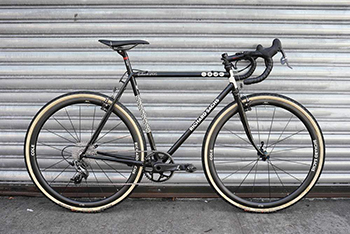 i think i’d be right in saying that essentially, cyclocross is an individual’s sport. though there may be more than one rider wearing the same jersey and shorts, it’s likely that each will have their own expectations and objectives. we’re very unlikely to see several team riders forming a sprint train in order to have their team leader reach the finishing line in first place. however, racing is one thing, training a distinct other. does richard get together with the team members for a pre-season training camp, or is everyone pretty much left to their own devices prior to race one?

“We did get together for two days in late July. That consisted of croquet games, swimming in the pond, comparing tan lines, and laughing over wonderful meals. The off-times we spend together are as precious and memorable as the long weekends at race venues.”

i’ve a feeling that there are few world tour teams who would take a similar approach, but i know which one i’d be happier to sign for. this pre-season training, such as it appears to be, took place prior to the thirteen races that are listed on richardsachscyclocross.com, but is that the last word on this season’s events, or might they add others, depending on how things progress?

“I’m pretty sure we’ll pin numbers on at least thirty times this season. Our targets include the UCI C2 and C1 events. Sam and Libby have Worlds Team roster spots in their sights, and weÕll do all we can to help them reach these goals.”

richard’s cyclocross team benefits from a number of sponsors who have been involved for several seasons, not all of whom have specific wares to promote via the team’s participation and success in the races alluded to above. however, for the 2015 season, the logos and names on the jerseys have been joined by that of withings, a company providing digital ideas and products for the digitally aware. however, try as i might, i didn’t see the connection between a french company sponsoring an east coast american cyclocros team.

richard sachs put me in touch with withings’ mark prince to whom i put the above question. “Withings is, in fact, a French company, however our business is global. For example, Withings products are sold at the Apple Store worldwide and today, North America is our largest market.
“With regard to our relationship with Richard Sachs Cyclocross, we loved Richard’s axiom ‘technology alone is poor substitute for experience.’ Our brands share certain values, such as the importance of design, therefore ultimately, Withings wants to see the team succeed and we’re proud to be affiliated with the team.” 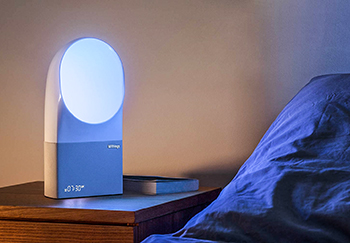 that certainly answers my question regarding withings involvement richard sachs, but having peeked at their website, the product line doesn’t exactly shout ‘cyclocross’ in any particular way. what brought the company into contact with richard in the first place?

“Withings is a connected health company; our products are designed to enable anyone to track their personal health metrics and then make good decisions. We play nicely with other apps cyclists might use. For example, it’s easy to share Withings body weight/body mass/body fat data with MyFitnessPal, or Training Peaks, among others. Thus there is immediate value for cyclists who use these tools.
“Today we have over 160 different app partners, so there is something for everyone. Our own Health Mate app was recognized as ‘Best of App Store’ by Apple last year.
“Although Withings doesn’t presently offer a cycling specific product, it’s probably fair to say that we have a more direct connection to a cyclist’s interests than a bank, or a lottery, or a telco, perhaps…”

it is a point well made, for there is many a sponsor involved in world tour cycling that exhibits a less than tangible connection with any form of cycle sport, yet there they are on the team car and riders’ jerseys. however, as averred in my opening paragraph, the cyclocross season is definably shorter than the ever-expanding road-race season, so why did withings decide to match the brand with cyclocross as opposed to an arguably higher profile branch of the sport?

with luck, it might be possible to feature a mid-season update on how the richard sachs cyclocross season is faring. meanwhile, here’s wishing them all the best for a successful season.

many thanks to richard sachs and mark prince for their time and assistance with this article.

The preceding article was originally posted on thewashingmachinepost on posted September 7 2015.