It’s winter. That I woke up to a beautiful snow fall should not be a revelation. But it was beautiful and, more than I can usually attest to, I noticed it. I really noticed it.

We live a quiet life. The chance to hold everything close is always there. This morning’s snow was no different. It fell heavy. All I could see from the bedroom window was white. Layers of white. And within the layers there was another dance being done – this one comprised of several individual flakes threading their way, separately, through the snow fall.  Each one was part of the whole, yet blew around alone, its role simultaneously being a part of a greater beauty as well as a reminder that it intended to land apart rather than with the larger fall.

I wrestle with belonging. Just as the snowflakes that fell separately from the layers of white they drifted within, my comfort level exists similarly. During the last few years I have found myself being part of energy that took me in directions in which I don’t belong, and to places I don’t fit. At some point I confused belonging with conforming.

There’s a pattern at work in most everything we see or do. Just as the snow falls a certain way, and in watching it we can see patterns, the same happens in life. I found myself being drawn into something larger. Something wider. Drawn into a narrative with which I often agreed and disagreed at the same time. Sadly, while I recognized the warning signs early on, they were ignored. Perhaps I had blinders on. Maybe it was the novelty that comes with change. But I knew that the story was not my own. There were times I enjoyed the landscape, times when the noise was bothersome, and times when its script dictated I recite lines written by others.

This morning, of all mornings, I woke up with a clear view. I woke up years too late. Maybe ten years too late in round figures. But I did wake up. I have my own voice to listen to. I have my own voice to become reacquainted with. There are patterns that exist all around me. I have to exist around these patterns rather than within them. I belong to me. 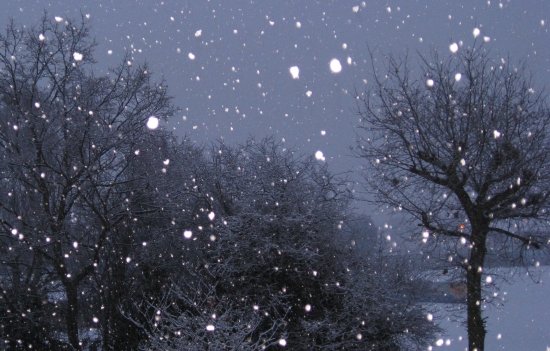