A self-confessed rebel, Richard Sachs describes his passion and addiction to bikes and racing as continually evolving and he believes he came to the bike building serendipitously. At the age of 16, he was smitten with his 10-speed bike and eventually started subscribing to biking magazines and learning about bike racing. What he does as a bike builder is inseparable from the sport of racing, something that became embedded in his psyche back in the 1960s: “The needle kind of got in my arm once I learned the connection between bicycles and the sport of bike racing.” On completing high school he couldn’t get into college in September and had to wait until April. With time to kill, he wrote to several bike builders in England hoping that he’d be able to travel and learn how to make bikes. Fortunately, one person offered him such an opportunity, and he headed off to England for a year and worked as an apprentice at Witcomb Cycles.

Richard is also a confirmed loner and over the years has never felt the need to take on an apprentice for various reasons. He and many of his contemporaries learned their craft hands-on in the bicycle production arenas and he believes that without the tasks repetitively and without seeing things done time after time, hour after hour, you can’t possibly glean enough from a frame builder to become a frame builder. As a master frame builder himself with over 35 years of experience, Richard believes that the learning never ends and that you never fully understand what you are doing. As he says, “You can believe you’ve mastered it or attained it, but before you know it something will happen and after all those years you’ve been doing it a certain way, you realize you can do it better or more efficiently.”

Richard not only tries to perfect his skills on a daily basis, but is also passionate about passing on his knowledge and experience to others in his own way. As a prolific blogger, he spends a lot of time on message boards answering questions and providing links to his Flickr pages. There is also a Richard Sachs cyclocross team, in which Richard regularly competes with just as much conviction as in his younger days. He’s been told on numerous occasions, “He’s got it licked.” He works for himself, he likes what he does, he’s in demand, and he describes the town he lives in as like heaven on earth.

Richard and his wife live in a two story building with a couple of courtyards. His workshop is located on the ground floor and opens onto a European style, red brick courtyard filled with plants and flowers. His dog sleeps in the chair while he is building and the cat comes and goes as it pleases. Richard is totally focused when building and likes to work in silence, as to him any sound is a distraction that takes him from being at one with the art of frame building. The type of customer who wants a Richard Sachs lugged-steel racing bike comes to him with an understanding of his emotions, his thoughts, and his racing team, and after being in the business for such a long time, Richard feels blessed that the kind of orders he gets suits the type of bikes he wants to make. 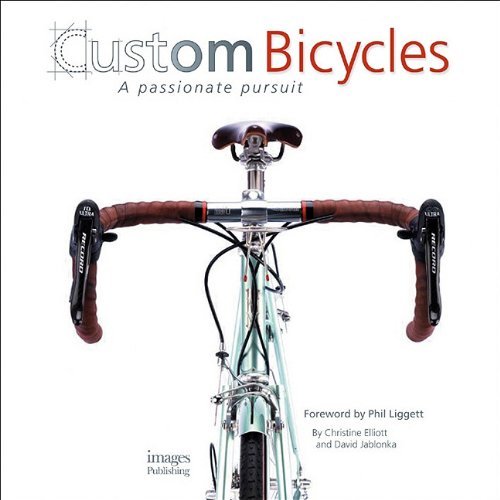