From some 25 years ago when I started supplying road and the CX bicycles to Marka Wise’s NECSA U23 and Junior Devo teams. To be fair, none of it might have happened without pal Dave Genest’s being part of the family. We painted them purple to delineate (that’s a fancy word now, huh) from the red and white RS frames the kids used in summer. NECSA wanted these riders – of BOTH genders – to appreciate cyclesport year round, and that meant a regular dose of cyclocross come September. It was fun for all of us, but it also paid dividends for the support system. We started winning National Championships early and often. Alicia Genest, Sarah Uhl, and Liz Begosh come to mind. And Justin Spinelli, then a U23, snagged a Silver Medal behind an equally young Tim Johnson (and ahead of future RS rider Jonathan Page) when the Natz were at Ft. Devens. These cats and kittens helped launch the RSCX lineage that folks know today (I hope.)

I dunno whose bicycle this is, or why we shot it in a studio, or even who the shooter was. And, it’s assembled with a mishmash of components typical of the era. The only older known RS ‘cross bicycles that were actually made for competition belonged to some of my 1970s CYBC teammates who used to race cyclocross before folks in the rest of the country knew how to spell the word. Tom Smith (RIP) comes to mind. He was a top ten finisher at the Elite (then, it was simply Cat 1 and 2) Natz in Fish Creek, Wisconsin. Does anyone remember Stephen Kastner of Fish Creek Cycles? You should. Guys like him were bleeding CX before punk rock was even a thing. So yeah. Cyclocross isn’t some new flavor according to my opinion. 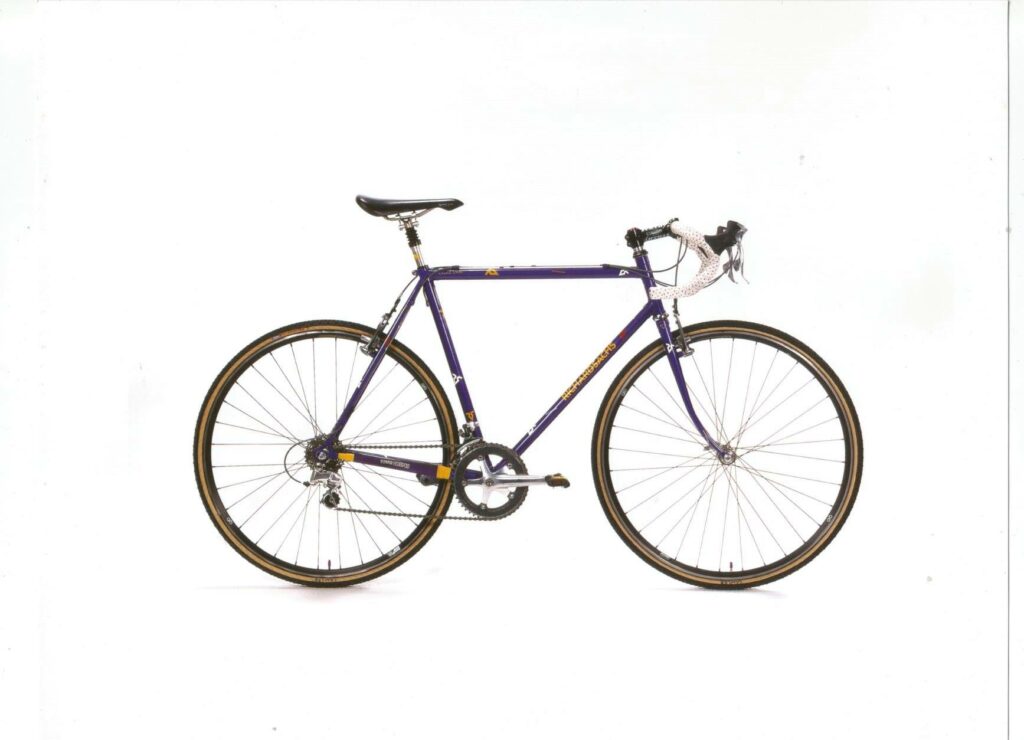