The painful part of what I do centers around finishing the task. The beginning is where the hope is. When nothing has gone wrong. It’s where I wanna be and never leave. A feeling this maker lives for. But no one can ride a concept, or a drawing, or would pay me for half a frame. So I have to get to that third day, the one when everything comes to a close. The day a commission is typically serial numbered and logged into the book.

When I’m near the end of a build, there’s this sense of dread. I’m obsessed with small things that over the 36 hours bothered me about the collaboration – meaning me, with the metal and heat. When things go well, I expect it. It’s why I practice. But it never fails that one dimension, one file stroke, one small effort to own the brazing rod – it never fails that something zags rather than zigs.

The end, those last several hours when all I can think about is nailing one shut so I can wake up to start another and bask in that aura of hope.
. 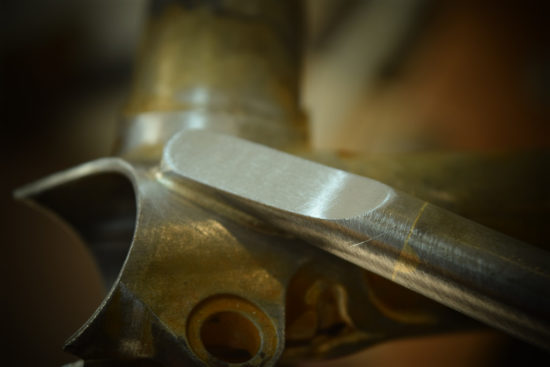