I decided in the late 1970s that I wanted (coveted, drooled over, admired, had to have one, had to be like him, must – stop me, please…) a Nagasawa after seeing these used a component holders at Suntour booths at all the trade shows I had been at. In 2003 I was given the opportunity to order a special version/edition that’s made once a year. It arrived in late 2004 or maybe early 2005. I didn’t hang a part on it until maybe 2009. Today the 17th of January, I cracked open a box of NOS Campagnolo 1037a pedals, some chromed Campagnolo toe clips, a pair of Binda Extra straps, and threaded these onto the cranks. The bicycle still needs a chain and freewheel before it’s assembled completely. Will I ever even ride it? The internet may or may not exist when that question is answered.

I’m reminded of that clip I saved from an article in The New Yorker, these words printed on paper in the middle 1990s, if that:

“Then the company fell silent and watched him staring intently at the painting, sensing what was going through his mind, that at his age every painting could be his last, and that he in fact during lunch had mentioned a Japanese wise man, Makino, who at the age of 96 was writing a book on vegetables, which he deliberately left unfinished, as a way of staying alive.”
. 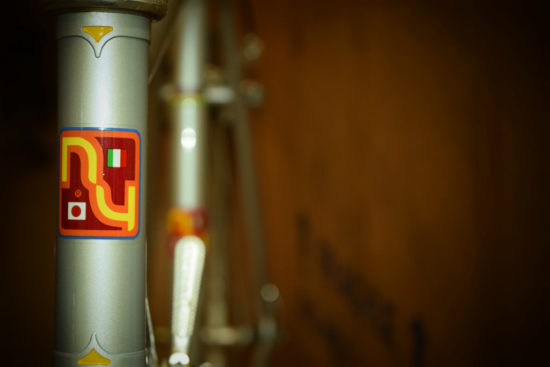