When I was 17 I had an Atala Gran Prix. I wondered what the gears were for and how to change them. The technical stuff didn’t matter that much. I pedaled around the neighborhood and Hudson County Park just because.

From reading several magazines, I learned that bicycles were more than two wheels and some parts hung on that painted thing with a brand label affixed. I soon wanted more than I had because I believed the ads.

The power of persuasion is strong. Well, it was strong. I fixated on this long-running campaign in Bicycling. The imposing graphic with a racer. The claim of fourteen world championships. And all those colors I could choose from.

I tore these ads out and stared at them until the next issue came into my mailbox. I was convinced that nothing I did with or atop a bicycle mattered unless I was a Frejus owner. By the time I was 18 I had a Tour de France model.

Bicycles are funny things. They don’t go by themselves. Line ‘em all up against a wall and they all travel at the same speed. A bicycle won’t make you a better rider. But having the one you want will make you feel whole. Weird, huh. 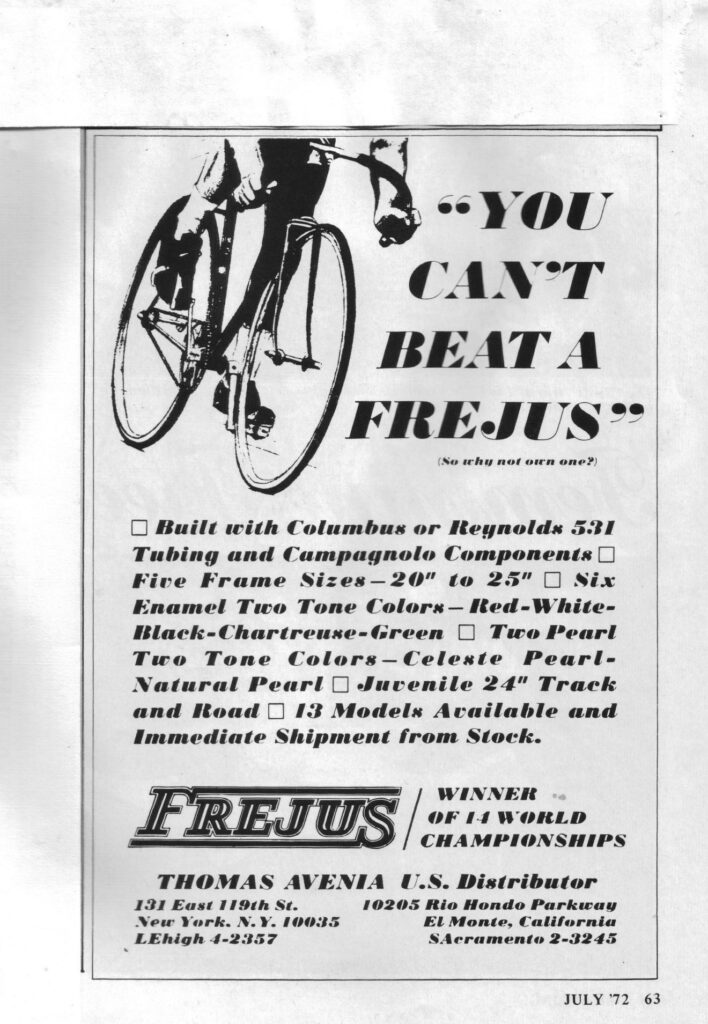