Through the years I entered into roughly 10 private sponsorships. That is, support that falls outside the purview of my typical arrangement. Many know that I took the reigns of my original club (CYBC) in 1982 and have associated with the entity ever since. RSCX was born from this. Harv (Nitz) was among the first riders with whom I agreed to a separate liaison. We were linked for two seasons. This graphic is from Year One. I can’t recall if Harv is in his Avocet kit or his G.S. Mengoni kit. But he’s atop his candy apple red RS with a shit-ton of extra chrome plating. He probably would have beaten Empel if he had a carbon fork. Or disc brakes. Or indexed shifting. Or a race radio. Or a fitting session.

If you think this is funny, catch my show at The Nevele. I’ll be there for a two week engagement starting Friday. The Catskills are coming back strong. PS Tips are appreciated. 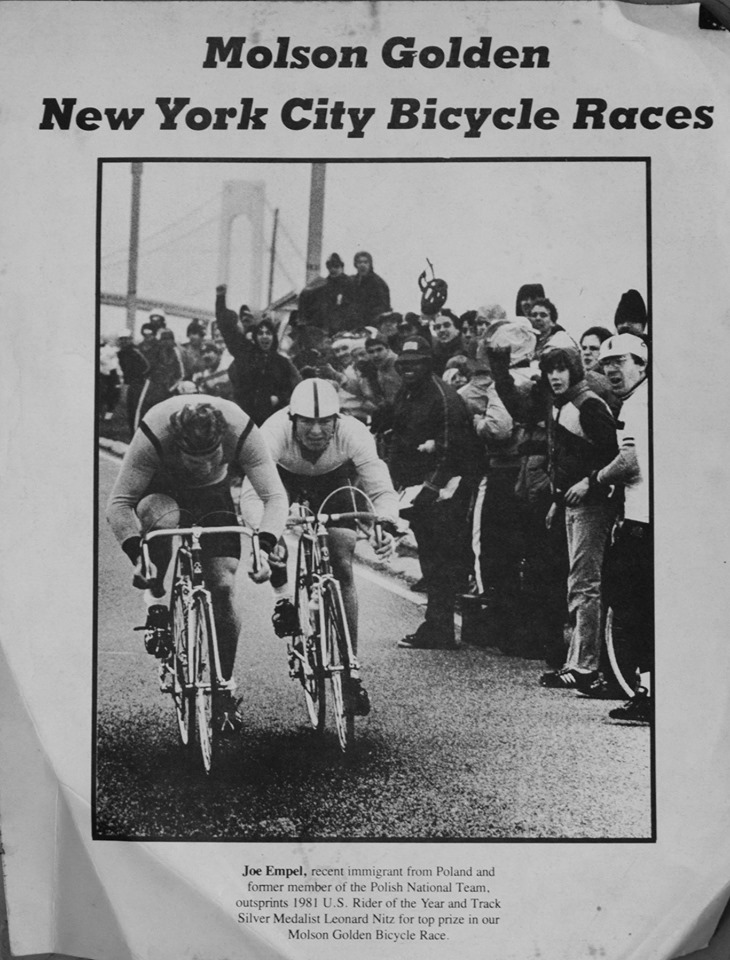