I Have A Lot Of Baggage

I went into the loft yesterday and couldn’t escape. The loft is code for everything that has ever happened to me (so far). My life came with a Save As gene long before I ever used Ctrl + S. Through the years I have neglected to throw things away the way others do. The net result is stuff, and lots of it.

During the period in which I transitioned from working at Witcomb USA and starting my own brand, I was already fixated on the latter, not that I knew what it meant or how to achieve it. But I made the decision to work alone and listen to my own voice. In hindsight, I didn’t realize what a collaboration it was to leave the mainstream as I knew it then. Borrowing typewriters, hand writing letters, calling up vendors – these all became part of the daily routine long before I had a decal with an RS printed in it or made a frame for it to go on.

The following is a selection of images shot from one of the many boxes of paper I neglected to throw things away in real time. Several speak to setting up coordinates so that I would actually have material to make bicycles with and from. A couple are included simply because they ended up in the wrong pile, date-wise.

I could probably craft a text and image dump like this 18,000 times and still have fodder for the 18,001st. Time will tell if it’s a good idea that I would admit to any of this. 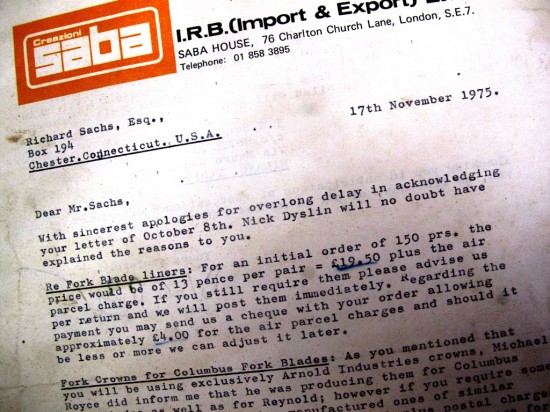 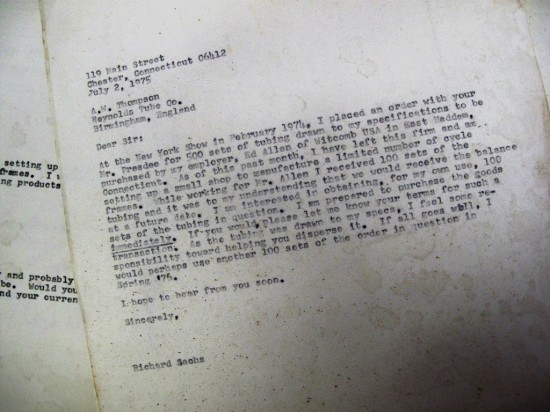 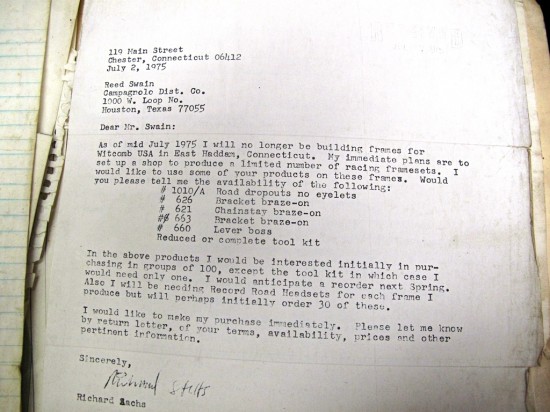 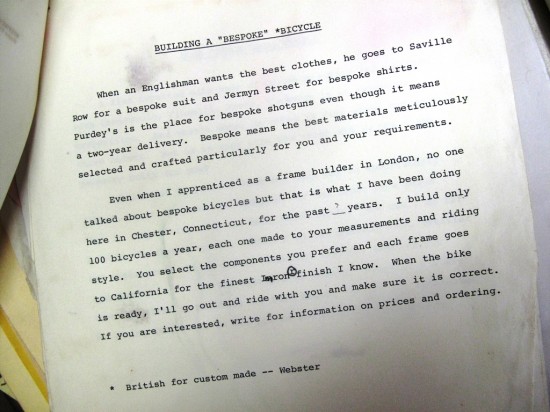 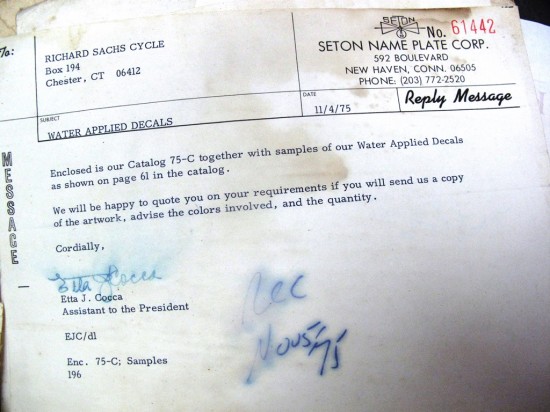 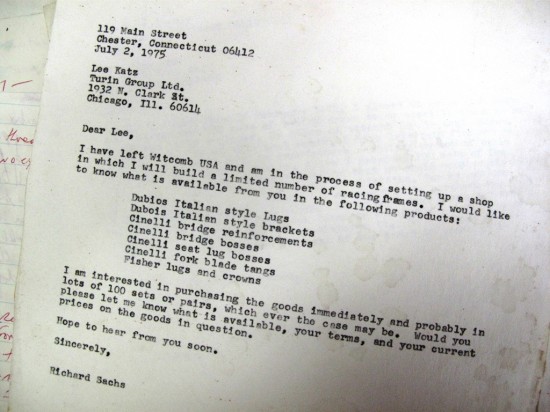 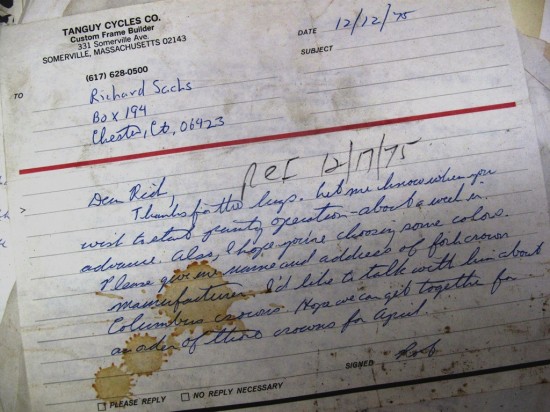 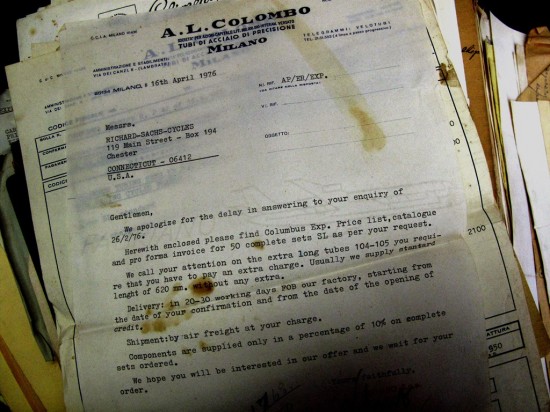 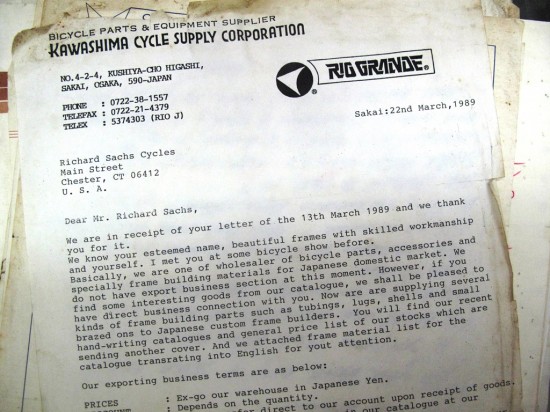 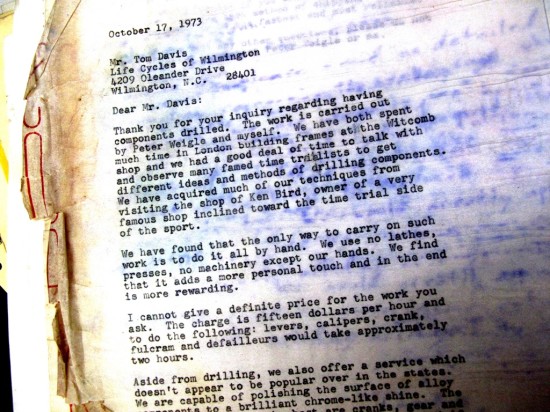