I wrote some words in January of 2012 as I was pondering what’s next. They concerned that line in the sand I’ll face someday. Some twenty months ago my thoughts were about business and racing. Both have been part of my life since I was eighteen. Here’s a quote from my ATMO bis page –

…but I have had pangs of disinterest descend upon me during the last couple of seasons. For reasons I’ve yet to resolve, there are moments when my head just isn’t in the race, <cut>

I wanted – I expected – 2012 would be my last season racing cyclocross. This isn’t about walking away my ties to the sport, or from the team I sponsor. But as I’ve been pinning on numbers since 1971, I thought it was time to see what’s next.

Last September, my agenda was to be in the race, every race. I don’t recall ever not having the mind that, “Someone has to win this thing and it may as well be me.” Whatever happens after the finish line, or two days later when all of us are at our day jobs – these have nothing to do with anything. If I wear a number, and there are more than three people lined up, I am going to turn myself inside out for a result.

My 2012 campaign was planned around redeeming my miserable season from the prior year, with a goal of getting on the podium at the Natz. My races went well. I rarely second guessed any tactics on a given day. I won one event. And I was at my strongest and fastest in late December, weeks before what I thought would be my last race. A fall on lap one at Badger Park left me with a badly separated shoulder and in more pain than from all the ribs I cracked over the years.

It’s quite the trick these weekend distractions can play on one’s mind, particularly if you don’t have a Plan B. I thought that I could leave the sport and transition into riding just for fun – ya’ know, like normal people do. Not yet.

What’s next will have to wait. My winter-then-spring-now summer training has refueled my spirit and desire to be part of the game. It’s funny what carrying good fitness can do for one’s confidence. The first race weekend is some sixteen days from now. And I can’t wait to show others my best side. 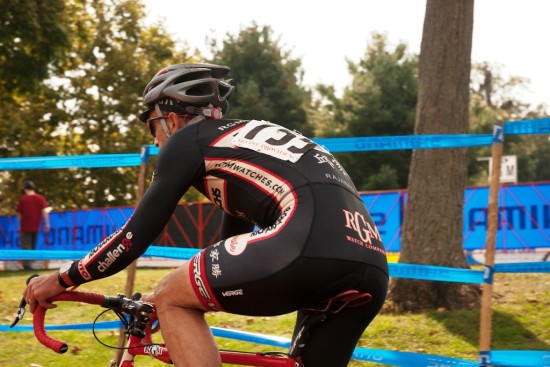 « My Back Pages
Tangled Up In Me »