It’s Okay To Have An Opinion

I am an opinion machine: put in a nickel, get an opinion. At least that’s my own how internet life seems to me. We all have baggage, or points of view, and sharing them is easy. First you type, and then you press the publish key. In the last week or so my focus has been on getting ready for the North American Handmade Bicycle Show. NAHBS is less than a month away and I don’t have all the components needed to assemble frames into bicycles. This creates its own set of problems – the longer I wait to send large cartons to Sacramento, the higher the shipping fees will be.  So last week when I noticed the online press releases about the 2012 components introduced by Sram, a company with whom I have a long and perfect relationship with, I contacted my sales people to find out where my parts were. It was as much a formality as anything. I knew the parts were somewhere, and the now-famed Mallorca product launch woke me up to the fact that I was still waiting. Would I get the same parts being shown? I had absolutely no reason to assume otherwise. What happened when replies starting coming, and what happened after that – these comprise the two texts I penned recently. Read them again if you must. I am trying to move forward.

To no one’s real surprise, the opinions I sent out went über-viral, and opinions about my opinions also took on a life of their own. The internet has a perverse way of taking something, putting it into a mirror, and casting its reflection back as one completely unrecognizable thing. Let me make a point. There was never any hate towards the brand. Nor was there vitriol. For the segment of readers out there with the wild imaginations or the personal biases they wanted to fuel this with, none of any of this had to do Chinese parts, or whether a Richard Sachs bicycle should have Campagnolo on it, or whether the framebuilders whose voices were also part of the conversation were sharing lead roles in some ego-driven passion play about why they are more deserving of some parts than others are. It’s amazing to read the conversations about the conversation. All that being said, I want to reinforce the point that dialogues between Sram representatives and myself have continued all along, and they have been constructive – not confrontational – and free of attitude and animus.

Today I received a call from the man at Sram to whom all the other men and women I deal with answer to. It was time to take all of the information and comments made in the last week or so and try to advance them to their exponential end. I mean, it was never a He said, She said to begin with (unless, of course you read the message board conversations about the conversation…) so what could we do or say today to put this all behind us? At the core was a series of errors or miscues that brought the 2012 new product launch forward to last week when the intentions were for it to occur in December. Because of that, all of us who were expecting the new-and-improved components had orders filled (or will have them filled in my case) with 2011 parts. That is all so painfully easy to digest on the face of it, but the ordeal included a different build up. Personally, none of this is really about the components or model year at all. The beginning and end of it involves communication and relationships. Others may have asked about what would be in the box when they opened it. Some may not have cared what was in it. The way my part in this unraveled since first hearing about the Mallorca launch was different still.

The man at Sram (to whom all the other men and women I deal with answer to etc etc) and I spoke for an hour or so. Like the other chats and electronic transmissions, it was civil and encouraging. The company dearly regrets its part in the chain of events that account for why I am even typing at all, and wants the framebuilding niche and the public at large to know that it remains an ally. The man at Sram (etc etc) told me to take an overview of the conversation and let folks know what transpired, and where we are now. He trusted my voice to be the intermediary and no proofreading or fact checking would be necessary. I brought up several issues that were, as of last week at least, among the reasons given to us when we (remember, I am not alone here) wondered why we were getting 2011 parts for the March 2012 show.

1) Sram’s reasoning that supplying us (the NAHBS clients) with 2012 Red would steal thunder from the frames adorned with it was a mistake in communication and the company regrets letting that message out.

2) Sram’s point of view that supplying us (the NAHBS clients) with 2012 RED even before it was in the field and race proven was not to be taken literally though it was one of many offered to explain why we were getting Black Red 2011 for the 2012 show.

3) Sram is recanting its position that the niche is too small (in contrast with the Treks, etc of the world) to matter and regrets that such a sentiment was part of the conversation).

The air is clear. What was said last week was either explained, taken back, or apologized for, and we move forward. For my part – and I can’t overemphasize this enough – for my part, all of the exchanges were constructive and not confrontational. The man at Sram (etc etc) commended me for presenting a balanced perspective and not twisting facts (in my previous two texts, linked above). As a result of so much focus being given to something as trivial as a bicycle part or its year of manufacture, we all threw a lot of energy at the past week or so trying to find resolution. I came away feeling like my bonds with Sram were stronger than they were before I ever used the word Mallorca in a sentence. I am staying put as a client and user, and look forward to a good NAHBS show and a good season to follow.

So what about the parts? Despite what I was told last week, Sram Red 2012 is en route (that’s French for in the route) to the States as I type. Sadly, complete ensembles won’t be ready until the very last week of the month. Making a March 1st assembly deadline would be a monumental task and one I am not sure I have the constitution for. It’s not as if the possibility of getting some product rushed out wasn’t broached. But my perspective remains the same now as it was going in: it’s not about the parts as much as it is keeping the playing field even. If the offers don’t extend to everyone in the aisles of NAHBS, then I will wait until they do. For their part, SRAM fully supports the NAHBS show and would relish the opportunity to have Sram Red 2012 featured equitably among frame builders at this year’s show. SRAM sorely regrets that its production timing now makes that difficult, if not impossible.

I think the recent cloud seeding has produced enough rain so that, in the future, all of the niche will be part of the conversation. I came away convinced that Sram is in our corner and that next year all efforts will be made to include framebuilding and NAHBS in any new product launches that occur.

The man at Sram (to whom all the other men and women I deal with answer to etc etc) said to me that he’s okay with my interpretation of today’s, as well as past conversations These 1,338 words comprise my interpretation. First you type, and then you press the publish key. 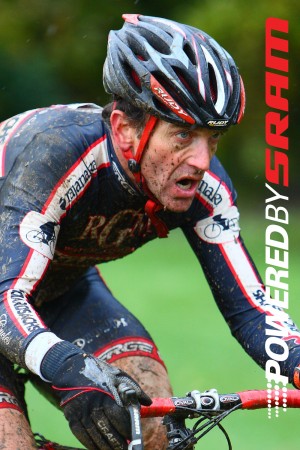