The term, “Period Correct”, is one I’d never used in a sentence four years ago. That’s about the time I became the current owner of this 1971 “Made in Italy” Masi Gran Criterium. I took it on trade against an invoice due me for a frame I constructed for a client. It looked like a beautiful old bicycle, one with all the nuances of hand-labor and artisan framebuilding typical of the era. I always looked at Masi bicycles, but this one seemed more special to me for a few reasons. The graphics package was an older version and I had not remembered seeing it.

For instance, there were nine flags on the down tube decal, facing up, rather than twelve decorating the right or left side. The seat tube bands were different, too. They were much larger, and had references to recently won events. Then, I absolutely fell in love with the head tube decal. Backed by a World Championship stripe, it was a beautiful head crest depicting, oddly enough, only six flags, as well as the official marque of the city of Milano. The frame and workmanship were also worthy of my attention and consideration.

This bicycle was constructed well before the “investment cast” parts era, and, typical of the period, the entire frame was hand-wrought. Pressed steel lugs by Dubois were at all tube ends. Each had that lovely little cutout that kinda’ looked like a heart or a triangle, depending on how much pressure was used to punch them in, or how well they were deburred and filed by the artisan. The front of the seat lug had a length of extra metal, which was added by Masi, not put on by Dubois. While it improves the lines of the lug shape, it’s neat to know that they fussed over such a small detail on this area when the rest of the parts were simply thinned and filed.

The fork crown was a Swiss Fisher sand cast, as was the bottom bracket shell. The crown was neat but not well shaped, and the inside fork liners appeared to be handmade, rather than pressed out stock pieces with multiple holes, the style we’d all see someday. And underneath the frame where you’d expect to see that ‘M” cutout there were four oval windows, each one a bit embellished to look like the business end of a urinal!

There was an absence of braze-ons; back then few frames had these pieces. But the Campagnolo 663 and 626b wire guides were on top of the shell for the gear cables. A poorly cobbled peg was under the top tube to act as a pump holder for the Silca Impero that came with the bicycle. The overall workmanship on the frame was a little heavyhanded; the file marks were very evident and there were obvious overheated areas near the brazing. But this was a true handmade frame and the marks were made by a person or persons.

There were no pre-fab, plug-in, pre-mitered parts made yet and nobody was casting imitation art pieces at foundries yet so this bicycle had character and emotion and was still here to be appreciated a quarter century after it was made. This frame had personality and I wished to give it a second life.

My one and only goal, then, was to attempt to restore the entire bicycle and make it look as though it had been built in 1971 and stored all these years. There were many difficult tasks, the single most difficult being refinishing the frame. Since no decals or artwork existed for this particular graphics package I had to use the old frame as a template to create art from. The paint was hand stripped by me and I left all the decal areas intact. The frame was sent to Gary Prange at Screen Specialty Shop and all the decals were hand traced off the frame tubes.

It took a year of waiting while Gary took each of the tracings and generated usable decal art from them. Screens were produced and decals were then ready for the paint job. It should be noted that I went to the trouble to create decals for my frame only, but now that the task is complete, these decals can now be printed for any Masi owner interested in restoring a frame of this vintage. It took the past three years for me to acquire a collection of Campagnolo Nuovo Record parts from which the correct iterations could be chosen for the rebuild. I had lost track of how many variations of the same piece were produced during the early Seventies.

Because of my initial interest to replicate the original bicycle I only picked parts which were the exact one from the 1971 bicycle. Another one of my challenges was that each and every part to be placed on the restoration should be brand new and taken from its original packaging. (In addition to learning to use words such “Period Correct” in everyday language, I also discovered little gems like “N.O.S.” and “N.I.P.” etc.). I am pleased to be finally complete with my task.

Look close and you’ll see the “Period Correct” Campagnolo 2040 brakes with the “Rays” on the gum hoods. The calipers have the plated wheel guides and the flat quick release and the brake lever handles are the original longer reach type. The Campagnolo 1039 headset has the <C> on the lower head tube cup. The Campagnolo 1052/1 front changer has a flat cage and no circlip. The Campagnolo 1014 double lever assembly has the unnecessary wire guides built into the sideplates.

The Campagnolo 1034 hubs and the flat skewers are correct for the time, though they are B.S.C. threaded, not Italian. The Regina Oro freewheels available were only found in English configuration, and I didn’t want to force anything. The bicycle came to me with a “shortie” Campagnolo 1044 seatpost, but I could not find one so I took a N.O.S. “normal” length example. But atop it you’ll see the original Unicanitor #3 saddle and the entire assembly is held tight by an oh-so-rare first generation Campagnolo 1072 bolt—a new one!

I found the correct Martano rims and built the wheels using Stella spokes. I had the option of finishing the wheels with N.O.S. Clement Paris Roubaix Setas, but opted for these Pirelli’s because that’s what I recalled using then. Also notice the correct Cinelli stem and bars and my first attempt at wrapping old cloth tape since cloth tape was all that was used! The Cinelli parts have the correct oval logo on the stem and correct engraving on the handlebars.

Though I never did find a N.O.S. Campagnolo 1020/a 1971 derailleur or an undated set of Campagnolo 1049 cranks, I don’t feel badly about “settling” for the N.O.S. 1972 derailleur or the 1974 (pre-C.P.S.C.) crankset. At least I have a pin-less 52 tooth chainring—and like all of the items on this bicycle, these,too, were in original packaging, rather than assembled from components.

In all the correct places on these parts the words “Patent Campagnolo” appear rather than “Brev. Campagnolo”. The aforementioned pieces are being held by a first generation N.O.S. Campagnolo 1046/a Nuovo Record bottom bracket assembly, a set I was lucky to find because it had the wider 4mm lockring that was correct for the narrower Masi shell. I think Joe Bell did a remarkable job duplicating the original color as well as the proper placement of the decals—even to the point of putting the correct Reynolds decal on over the clearcoat.

The entire project took about four years and I am very glad it’s done because I became very obsessive about it all, and an insatiable collector of any parts from this era. In other words, it took up a lot of my time and I have a storeroom full of parts for my next project! On Thursday, August 13th 1998 I finally assembled all of these parts onto the restored frame and I hope it represents what it could have looked like if this 1971 Italian Masi Gran Criterium was built and then stored for more than twenty five years.

The above article originally appeared in issue #7 (February-March 1999) of Gabe Konrad’s On The Wheel Magazine for the Classic Cyclist.

And then there were two: after swearing off ever repeating a similar task, Richard ‘found’ another Italian Masi Gran Criterium, also produced in June 1971, and started the entire process all over again. Luckily, this time the parts were already ‘in stock.’ Now he has a matching pair!! 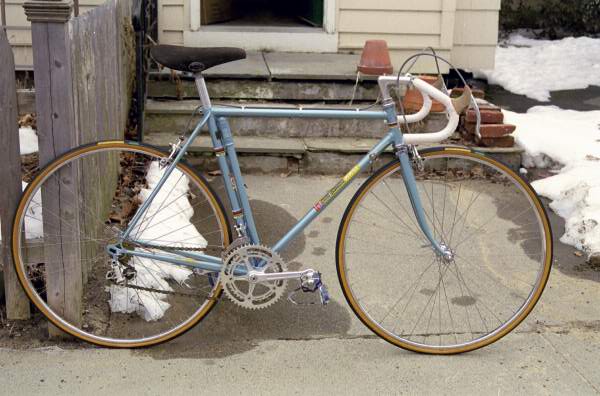 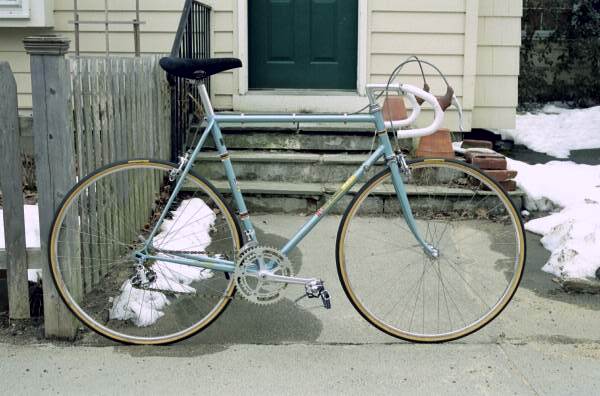