Putting The Me In Meme

I take my trade seriously and have watched it evolve over time. Last week a text I wrote for the Handbuilt Bicycle News went live and I followed it some after the publisher placed the links on various sites. As many ideas that start as a seed, then get watered and nurtured, it grew into something different. Some folks will read a sentence or catch a byte, and the subject can often become a meme. That’s typical internet energy at work. What follows are my thoughts on the story.

My opinion piece about frame building is an observation and not a judgment, or a criticism, or an attempt to hold onto “what once was”. I’m not interested in venerating anything, much less the past, or past ways. Happily, or coincidentally, or at least for the benefit of so many who want fine bicycles, the roads of materials, fabrication processes, and sourcing intersected and delivered to the consumer base a full menu of production bicycles that rival – and in cases surpass – what a rank and file, independent frame builder can make. More. Better. Quicker. And for less money. Frame builders once served a purpose that no longer exists; it was once unthinkable that an enthusiast could walk into a store and leave with a well-fitted, finely designed bicycle that would cover all the bases. A frame builder’s front door was where you ended up after going through the long process of seeing what works, or doesn’t. Factory made units simply weren’t good enough. Now they are. The future happened. And in its wake, folks still want to make bicycles one at a time and by hand. I got that memo a long time ago, and still read it. That’s one reason among many I come to the bench daily, knock out a frame a week, and live a balanced life. It’s also why I keep a window open and give anyone who wants advice, points of view, or an opinion (sic), a chance to ask and then listen to my reply. What happens next is up to them. I got mine, I hope they get theirs. Seek direction, or go it alone. Just don’t play the victim. 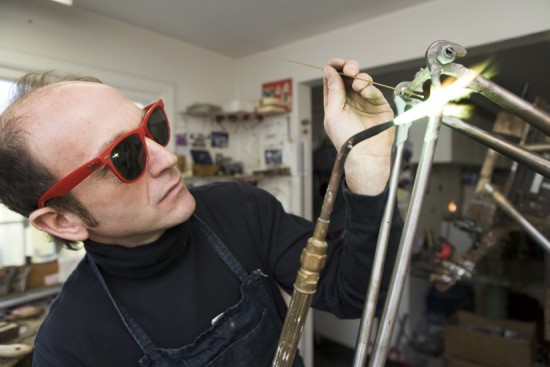