With less than three weeks until the numbers are pinned on and another season begins, the Richard Sachs Cyclocross Team is well prepared and anticipates its most successful and well oiled campaign in recent memory. Dan Chabanov, BrittLee Bowman, Libby White, Sam O’Keefe, Deb, Buddy, and Richard have put Heritage Tree contretemps of last January behind them and look forward to five months of racing, making memories, and supporting the brands that make it all possible.

Joining House Industries, simplehuman, Radix Group, The Chiu Family, and Rajanaka Yoga as sponsors, the team adds Withings, a consumer electronics firm based in France. In a statement explaining the liaison  between Withings and Richard Sachs, Mark Prince, VP for Consumer Business writes…

Withings exists to help anyone take charge of his or her health.

Richard’s comments in regard to individual performance – and of health in general – strike a chord with us:

“…the only component that matters, or affects change, is the nut on top of the bicycle. If you’re sedentary, or don’t have a training plan, or think next year’s new drive system is going to make you faster or a better rider, well – you’re the nut I’m talking about.”

At Withings, we believe that small steps and smart choices can add up to make a big difference.  We may be new to the RSC family, but it already feels like we have so much in common…

We place emphasis on design and strive to deliver best-in-class products.  And we use technology to make devices that work for you, not the other way around.  We agree with Richard: Technology alone is a poor substitute for experience.

The products we make – from the world’s first connected scale, to the first Swiss-made analog activity tracker – are designed to empower anyone to easily track their health.

It doesn’t matter if you’re a weekend warrior out to maintain weight, an aspiring climber hoping to lose a few pounds, or a Cat X competitor tracking race day body composition, blood pressure, and SPO2.  Withings can help anyone achieve their goals.

We are proud to partner with the Richard Sachs Cyclocross Team as we continue to strive to live up to our motto: Inspire Health.  To Richard, Deb, Dan, Britt, Sam, and Libby: Thanks for the inspiration. 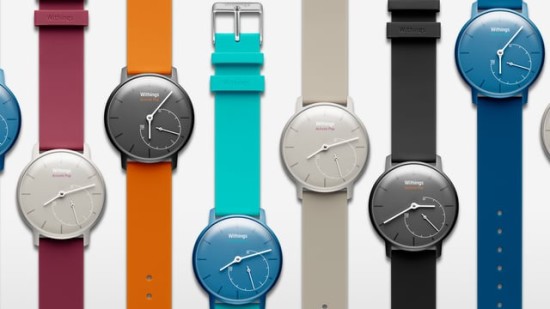