The Richards Sachs – House Industries show opened at the Cycle Club NYC to a crowd of Sachs addicts overflowing into the streets. King (of frame building) Richard, flanked by his elite cyclocross team, made their way along the showroom floor. For the remainder of the month, Richard Sachs has, through the careful curation of House Industries, lent his personal collection of cycling ephemera as well as racing bicycles to the Club. 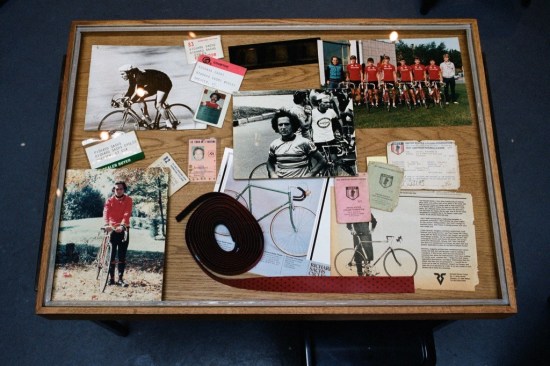 You may at first want to classify Richard Sachs as that framebuilder. His long lead times, attention to detail and one-colour paint schemes, put him into a special category. However, before you go ahead and categorize him as one of the precious ones – the ones that build artful bikes that are meant to be looked at more than ridden – let us consider the racing heritage that has brought him to this point. 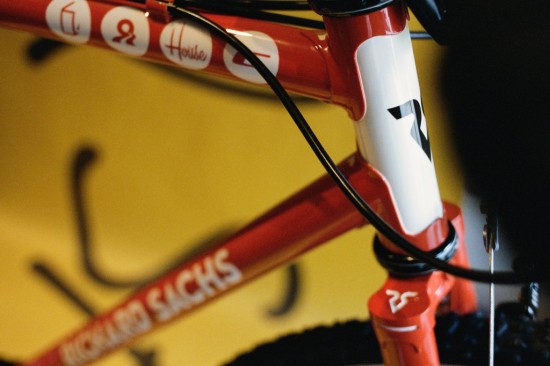 This is where House Industries comes in to play. When we spoke to Richard early last month, Rich Roat and the crew from House had been picking through the Sachs collection. Culling photographs and combining them with period specific race jerseys was just one of their jobs when building out the retrospective on the man. Which is why, when asked, Richard Sachs had no answer to the question “what will we see at this show?” 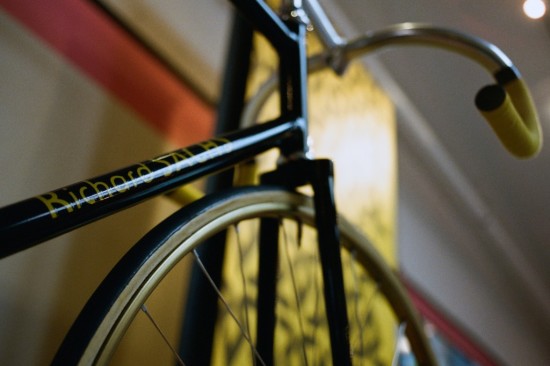 The answer is now clear and all encompassing – the legacy that is Richard Sachs racing is on full display. There are race numbers and licenses, holy wool jerseys, handlebar tape from racing bikes, and early portraits of Richard with his machines. However, his answer to the question “what can we expect?” was so much more. “The future” was his response, and with that simple answer he supplies us with everything that we need to know — Richard Sachs is here to stay. 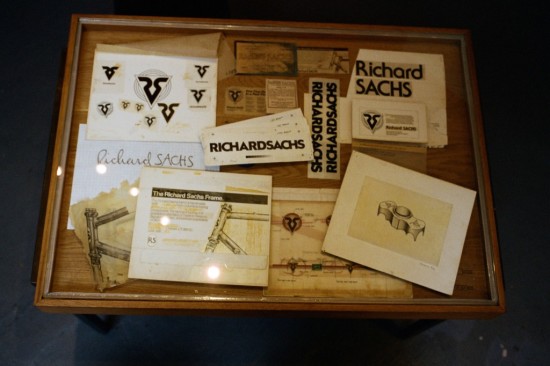 The Richard Sachs exhibition will be on display until September 21st at the Rapha Cycle Club NYC – 64 Gansevoort Street, New York NY 10014.