Ya to be clear, I’ve said a lot of things and opined regularly since 1997. Before that I never said boo to anyone about anything. But that’s another story according to my opinion. Thing is, I’d take none of it back. In some instances, I wish I’d waited longer to say it. Other times, I regret not dealing with it sooner. And in both examples, sometimes the words could have been broadcasted to a wider audience and had more impact. Or the messages could have been articulated differently. Or better. I’ll own it all, no matter. But the point remains – people start too soon, or are untrained for the task, or almost worse, are undertrained. That last part means that they know a little, from a book, or course, or maybe from asking a bunch of questions on the Not Framebuilders Page and the replies, also from the untrained or undertrained sector, become the foundation they build upon. That’s. Fucking. Scary. 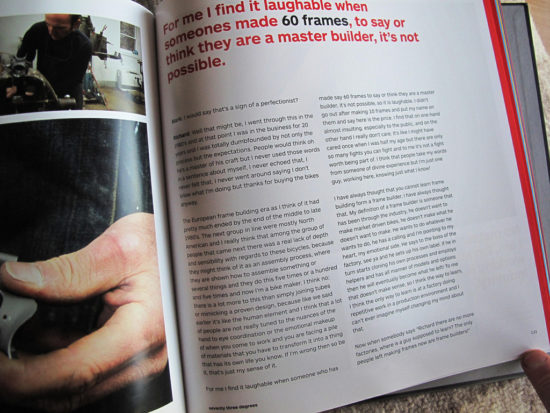 « He Said She Said
Red Scents »