In the early aughts I was on a tear to add to the bicycles that came from my bench. It was a natural progression that began when I first held a file or lit a torch. Unlike water bottles or tee shirts or embroidered logo patches, my property now included cast parts for my brethren in the trade, tubing sets, components, and a few wacky and zany acronyms.

From the beginning – this time say, er 2002, I asked my pal Chuck Schmidt to help me realize a vision. For each lug type, material set, and other things that consumed me, I tried to brand these both independently AND as part of a whole. Nothing reached the market without months and in some cases years of deliberation. And edits. And second guessing.

As they became real, and with a real name (wacky and zany as they were), I hired Mr. Schmidt to create a marque to accompany them. From there, the art files found their way on to tote bags. And sweatshirts. Mugs. Coasters. And stickers lots of stickers. At least a dozen in all. Every single one a beautiful rendition in its own right. I mean – look at this image huh.

I bought them by the thousands from a press in southern California and only have a few left. I still have the PDF files. Maybe I’ll do a reorder soon and meter them out in the parcels of goods ordered from the SACHS TOYS page on my site. I’m thinking about it. I think about a lot of things these days. 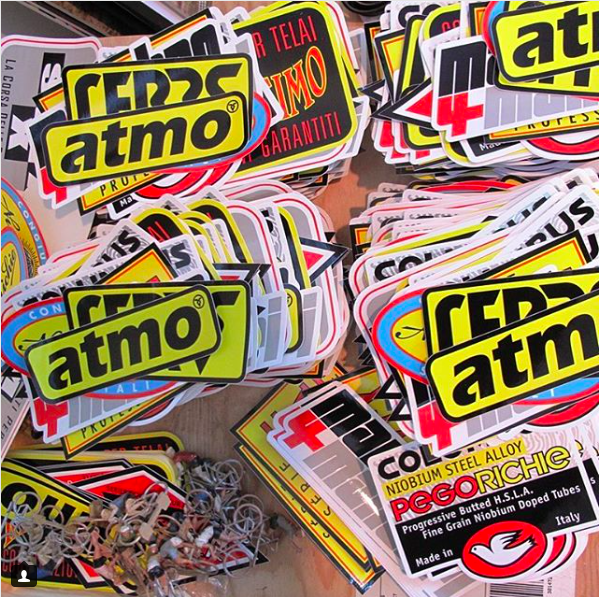 « Stripes
always something new under the sun »