There’s No Crying In Framebuilding 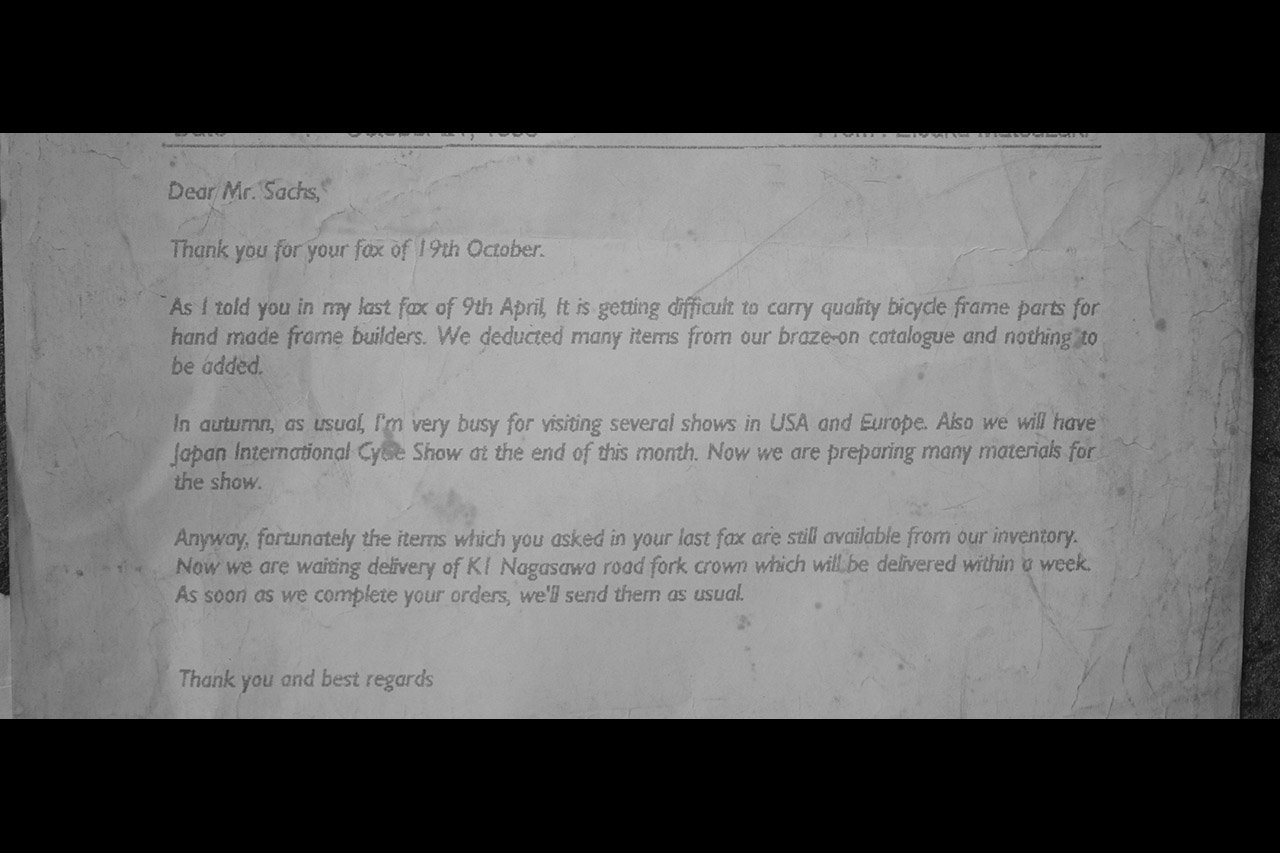 Regarding the writing on the wall, I read it early. That vendors to my trade leave for other, more lucrative pastures – or just shutter up for good – this is nothing new according to my opinion. In the early 1990s the demand for road bicycles saw a steady decline, giving way to the off-road market. Worse yet for framebuilders was that our supply chain was diminishing by the month owing to so many iconic labels and family owned businesses being unable to compete with the newer products and methods affecting their traditional roots. One by one, companies that once gave us our lugs, braze-ons, fork parts, and even tubes, would cry out, “No mas.” Game. Set. Match.

A generation or two has passed. The craft has received the Heimlich Maneuver, heavily influenced by the resource sharing found online, and more people are making frames than ever before. Some are only making a couple of units, while others are taking a slow and calculated path and working towards creating a brand. Either way, these makers are now ordering from the same menu that feeds all of us. That’s a good thing.

The image shown here is from a fax I received some 27 years ago. It came from one of my key sources in Osaka. The salient message was this: “Because the number of producers ordering items from us has diminished, we are no longer stocking our shelves with the parts you’ve been ordering from us since 1981.” Though I wasn’t surprised by the news, it stung nonetheless. And I didn’t have an internet to lament about it on.

On many levels, I’m glad certain trends can be reverse engineered, even if it’s the result of some applied force. The lesson learned from living through this is that it’s bad business to depend on others. If you want something to happen, see it done.

This article appeared on 23 June 2016 in Handbuilt Bicycle News