I tell you this from my heart. About something that’s lasted. Because we all have these moments. Life came back to visit today. It never goes away. But so many parts leave and get replaced. And what comes after is precious too. Like a bond. The good ones endure. I hope these words do too.

On the right is Jim. With him is John. These two rode with me. For me. With and for each other. Jim is the first person, and one of fewer than five people I’ve ever asked to join the team before being lobbied first. He still has the letter I wrote that planted the seed.

I’ve known John even longer. He wasn’t even fully developed when we met. A bookish yet accomplished junior who I’d collect from his dorm at Wesleyan on Sundays and take to the races with me. He matured swiftly, got his own car, and became one of the best young riders of his generation.

Jim and John are from an era when we were all less a team and more a club. Camaraderie and code, rather than sponsorship, made up the fabric that brought people together. The dollars help, but always come at a price. I miss the simpler times when racing was like it was then.

This morning we met at O’Rourke’s Diner for breakfast. I hadn’t spent time with Jim in 25 years. I do see John at the ‘cross races. But we three haven’t broken bread since Clinton was in office. We took a booth. Looked at menus. After the eleventh second passed, I wanted to give thanks – to someone, to something.

Very long ago there was no bicycle. When it arrived, a richness came too. The bicycle gives me a way to think clearly. And understand personal space. A bicycle lets me leave. And it lets me come back if only for a moment. To. These. Two. 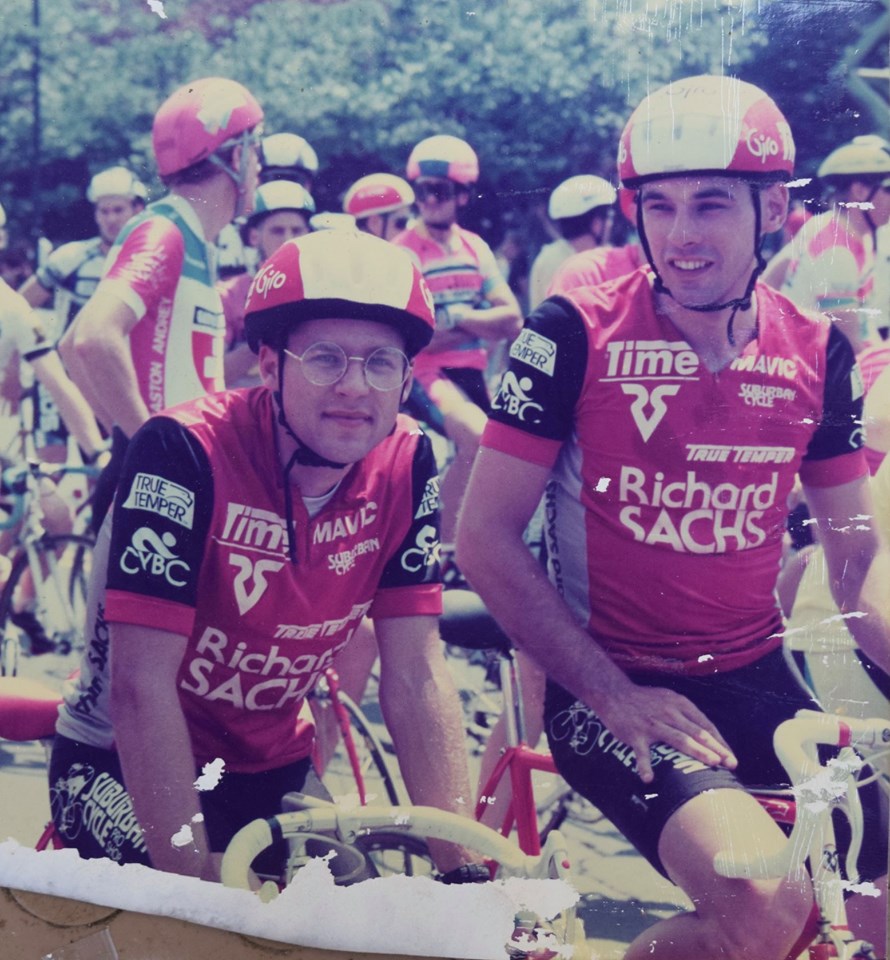