A draft of a letter written to W.B. Hurlow regarding a frame I had on order. My first Hurlow arrived in 1971 long before I knew about the trade or became a small part of it by accident. The second frame was delivered to me while I worked at Witcomb Lightweight Cycles in London. Nearly all the makers in the south (of England) used the same enameler, Broma Finishes. Harry (I’m not sure if he was a principal or only the driver) would show up at all the frame shops and pick up raw units while dropping off painted ones. He’d also stay and gossip. So all the framebuilders knew all the shit happening at everyone else’s shop. I miss those days.

I ended up in Connecticut working for Witcomb USA. The frame I’m writing about was ordered before I left England. This third one would be a single-ring (5 speed) lugless (fillet brazed) version because I was smitten with the time trial culture in Great Britain. I wanted an example of the irons (that’s what we called frames then) used in these events. It would have these cheesy Campagnolo vertical rear dropouts, hence the reference to reinforcing them with washers added. Everyone did that. The extent I went to mapping out the colors and graphic elements was normal for the day. In other words, clients driving a bicycle maker batshit isn’t a recent phenomenon.

Bill Hurlow would become one of the most influential men in my young life as a tradesman. His bicycles were superb. They were flawless. But these aren’t the reasons he left a mark. Mr. Hurlow always replied to my letters (remember letters?) and he never missed a point. And always, his comments back to me steered me away from my own mania and explained why he wouldn’t do what I wanted, and the explanations made sense. Whether it was about tubing choice (or brand, or gauge, or diameter, or ), bottom bracket height, or what fork crown to use, he always brought me back to Earth. He made his frames, his way, but for others. A life’s lesson. 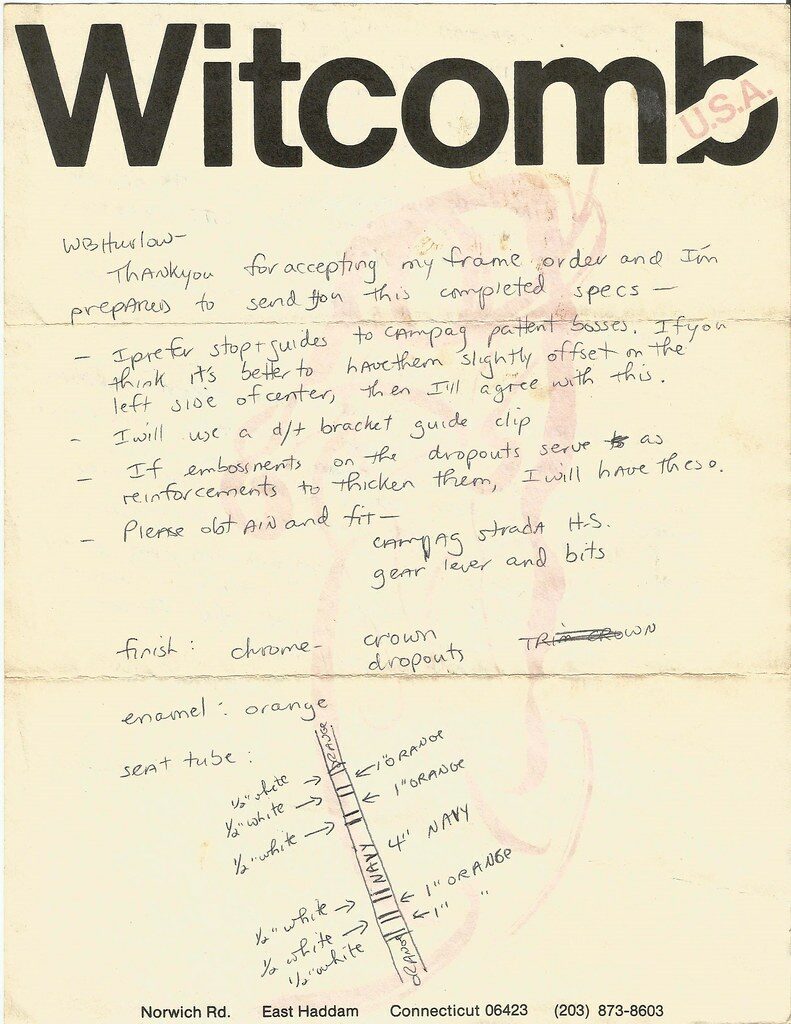 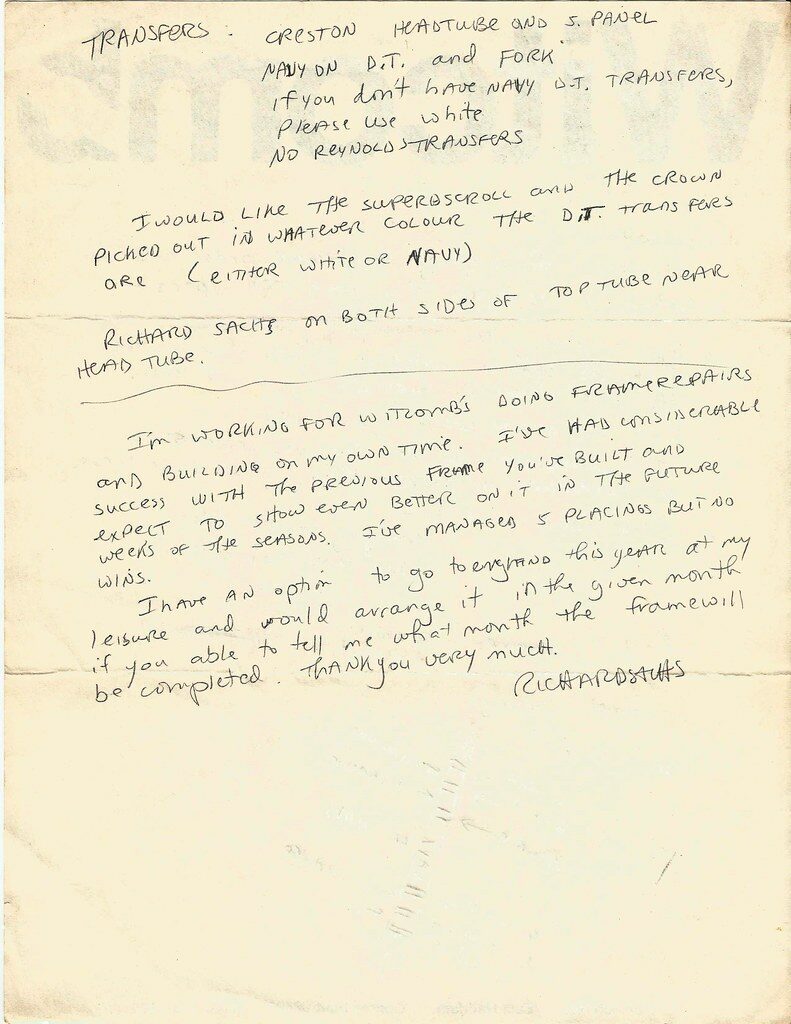