we make these. buy one.

people in glass houses are generally advised against throwing stones, partly a euphemism against criticising practices that one is also guilty of, but doubtless more officially thought of as a part of the encroaching health and safety malady that seems to have infiltrated every corner of british society. thankfully, in the context of which i am assuming the mantle of grumpy old man, i do not fit into any category that would bring me to my knees on the basis of my continued criticism. for i have trod this path before, and i can only surmise that despite being the president, nobody is, in fact, listening.

worry not, for i have little intention of completely reprising my initial moan, even though i think it bears repeating, and there is, at the end of this article, something of a happy ending. some of this is related to the recent cycle show, less applicable to the trade only shows, but certainly to those that, in the spirit of egalitarianism, allow joe soap to traipse round the display stands to ooh and aah over fabulous stuff that many couldn’t possibly afford. particularly if mrs soap has come along as chaperone. 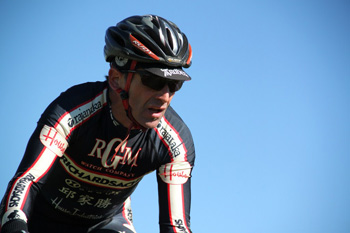 to most of us willing to admit to even a light degree of obsessiveness where bicycles are concerned, there’s a frisson of excitement to be had either looking or riding, particularly the latter. but after a tour of three or four stands, there is the dawning realisation that the same old same old might just be flavour of the day. not so much in the carbon on display (though there is a soupcon of that too), but in the uniformity of display. at this point i may be willing to accede to a degree of glass houseness, because i am bereft of alternative ideas as to how the average bicycle may be displayed. however, citing the fact that strictly speaking, it’s not my job, i am excusing myself from this affair.

but those of you who attended whichever cycle show you may have attended will surely admit that there’s not a great deal of innovation to be seen in the realms of bicycle display. the three dimensional simulacrum of a powerpoint presentation. and we all know what we think of those. 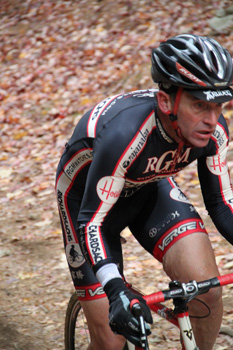 however, to slide ourselves over to a different aspect of the illness, perhaps we could look at a different side of this particular rubik’s cube. that of sponsorship.

i am occasionally asked to produce web pages for folks with guesthouses or self-catering establishments, the pixelated equivalent of brochure-ware. were any of these requests to include clever stuff such as databases, i would have to raise my hand and excuse myself from the party; pretty pictures are the best i can manage. but in the course of advising those with even less idea than myself as to the whys and wherefores of website origination, i have used the simile of your average formula one team (if there can, by definition, be such a thing); it’s all very well to sponsor a car, but then you have to tell people that’s what you’ve done. my admittedly obscure thinking here is that having a page on the interweb is only half the battle; then you have to let people know it’s there. seems glaringly obvious to me, but not, apparently, to many others. 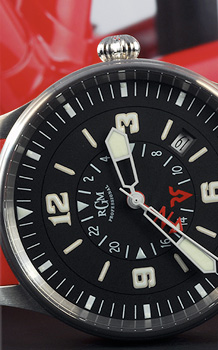 and this would appear to have pervaded the boardroom and marketing departments of many an eager cycle team sponsor. for where is the logic in plastering your company’s name on the front, back and sleeves of the team jersey, then sitting back to await an increase in market share? we can see this particular theme with regards to the bicycle companies who provide carbon for the top teams. i will grant you that this situation has improved of late, but there are still many too many cases of victories going unsung by the names on the downtube.

i have discussed this with others, in particular the erudite mr richard sachs, who asked after a direct link to my first foray into this territory. i took this to indicate a modicum of agreement on his part. of course, many others have also nodded their heads in my direction, but overall, the situation seems to have changed little over the past couple of years, despite the continued elevation of the bar when it come to advertising innovation in other areas of marketing nous. however, it is to richard sachs that i now return. 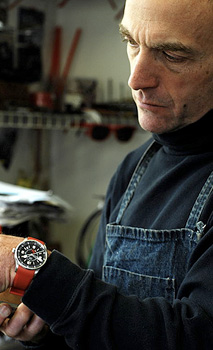 despite having a waiting list for richard sachs frames that will last him well into the next decade, richard continues to sponsor his own cyclocross team, a team that is currently and regularly doing battle even as i write. of course, even in the relatively low budget world of cyclocross, the money needed to supply each rider with at least two bicycles, sets of wheels, team clothing et al is not of a quantity that can be cheerfully ignored. therefore, there are others who have cheerfully dipped into their corporate pockets in return for a logo on the bike and jersey. richard’s principal sponsor, apart from himself, is rgm watches, purveyor of rather delectable (and expensive) timepieces. completely ignoring the all encompassing mentality that would dictate initials on the jersey front to be adequate, rgm have made a video commercial that reinforces their association with the richard sachs cyclocross team, lets us see the limited edition rs timepiece and have a look at mr sachs demolishing the opposition on and off his red and white bicycle.

you might also notice that, having sent him an ardbeg cycle cap earlier this year, mr sachs is cheerfully wearing it ‘neath his helmet. i sincerely hope that not only are the powers that be at ardbeg watching, but that they heed my continual proddings to spot a few bucks in richard’s direction for the endless exposure being currently provided. the opening minute or so of the ad need not concern us too closely, but at 1:11 into the ad, our hero appears.

this is how to capitalise on your investment, should any interested parties be watching. maybe we can’t all afford an rgm watch, but at least we now know they exist and that they share the same sense of excitement as ourselves.

The preceding article was originally posted on the washing machine post on saturday 30 october 2010.