Lately, I’ve been so busy, and so distracted, and my attention span has been all over the place – I’ve been so all of this – that I’m not sure where the center is. Is disorder is the new center, and is arranging disorder the ideal?

I accept where I am, but wrestle with whether it’s where I should be. As one who believes fate always drops me in the right spot, sometimes I think the spot moved as I was being lowered. There’s no toll-free number I can call to ask if a mistake has been made. Trust isn’t always enough. But it’s all I have.

As autumn arrives on Hastings Pond, with lower temperatures and shorter days, and as leaves and bicycles change colors, I’m taking stock. There’s no list of things I want to accomplish, and I don’t work from a plan. I just have this pile in front of me. At the end of each day, particularly on a Sunday when I look back on the week, I can’t tell if I’ve made a dent. Commitments seem to grow in multiples rather than by addition. Each time I think I’m near the center, it moves to another spot.

It’s a bit frustrating. I’m at times obsessed with disorder as well as detached from it. We each have a pile. Does how we handle it tell us who we are, or does it define who we are to others? Sometimes I wonder how much I even care as long as something – anything – gets done during the day. Order? What order?!

TLD knows all too well about my swings. And for many years, one of her stories has been a nice pillow for the times when my head can’t decide where to put itself. As Deb tells it, Winston Churchill was asked about his sleep patterns, and if – with all the responsibilities that came with being a world leader during the war years – if he had any trouble leaving it behind in the evening. His reply (and this is TLD relating the story to me) was this:

At the end of the day, I get into the bed, and say to myself,
“Everybody can just go to Hell.” And then I fall asleep.

Even if the story is just a story, it comforts me. Lately, I find myself crawling into bed a bit earlier with each passing day, as well as getting in touch with my inner Prime Minister more frequently. 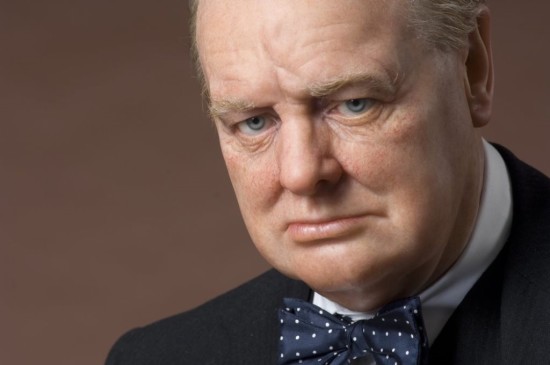