A Penny Candy For My Thoughts

As a youngster growing up in Bayonne, I made the daily trip from my street corner to the Yeshiva in Union City. And most mornings before stepping onto the school bus, I’d walk across Avenue A to Tony’s Market and, with a dime, get ten Twizzlers. The candy was in a container behind the glass counter where Tony stood. They’d last all day and were part of my childhood routine.

I’ve bought many Twizzlers since then. More often than not, they remain in the package. Sometimes I’ll throw a handful in a box of RS goods I’m sending to a client. But I rarely eat the the candy, I just like having it around. Its hand feel and strawberry bouquet remind me of a safe place, a place where I started, and are a bridge to my past.

I’m a Bayonne kid to the core. My neighborhood was made up of attached brick row houses, each two mirroring the pair on either side. It was a mosaic of kids and families in a two-block radius called J-Town where we never felt vulnerable. I’ve had many lives since leaving West 27th Street. Peddie. Manhattan. Vermont. London. Chester. Warwick. Lots of friends, Different circles. Though each story replaces the one before it, I don’t look back at any through a nostalgic lens. I might miss a few moments, a town, or some people. Then I let go.

Our time on Hastings Pond is coming to an end. We’ll be starting over in Deep River soon, on a road not far from where we last lived. The solitude we sought seven years ago has given me a place and the time to weigh up all that’s come before it. I’ll be letting go of that too. I’m ready to hear another voice besides my own.
. 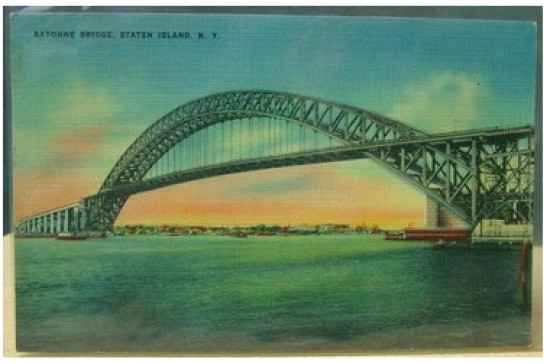 « Becoming A Framebuilder
Always And Forever »