This is about ownership. And the internet. It’s about reality, my reality as a frame builder in what remains, at least for the four and a half decades I’ve gone to the bench, a gray area.

Frame builders are called for many reasons, among them that a client seeks the ultimate in design, manufacture, and craftsmanship, as well as the personal relationship that comes with a collaboration. No one needs these special order, high priced, hard-to-get bicycles. They are treats. Indulgences. Feel-good items.

We’ve become programmed to expect that these machines are forever. When I deliver a bicycle, I’m along for every ride, bump, pothole, stretch of gravel, curb, and anything a road may serve up. I can’t control what happens after a sale is complete. But I do assume the risk and liability.

An image of an RS showing a cracked fork blade went viral this week. March 20 was my day to get thrown under the social media bus and receive a public hanging from the vampires who love to troll, especially when hiding behind a keypad, often while using a screen name, and also don’t know or care about the facts.

There’s a point after which no one really knows how many beats a heart has left. I wonder about this with each frame I make. The part of this story that wasn’t told includes the fourteen years and over 110,000 miles the bicycle has logged. When I spend 3-4 days with materials, tools, and an order form, a sense of intimacy develops. These are my creations. I don’t want them to die. But to expect them to live forever is part of that reality I wrestle with daily. I’d like them too. But chances are they won’t.

PS I am going to replace the fork and get the client back on the road, just because.
. 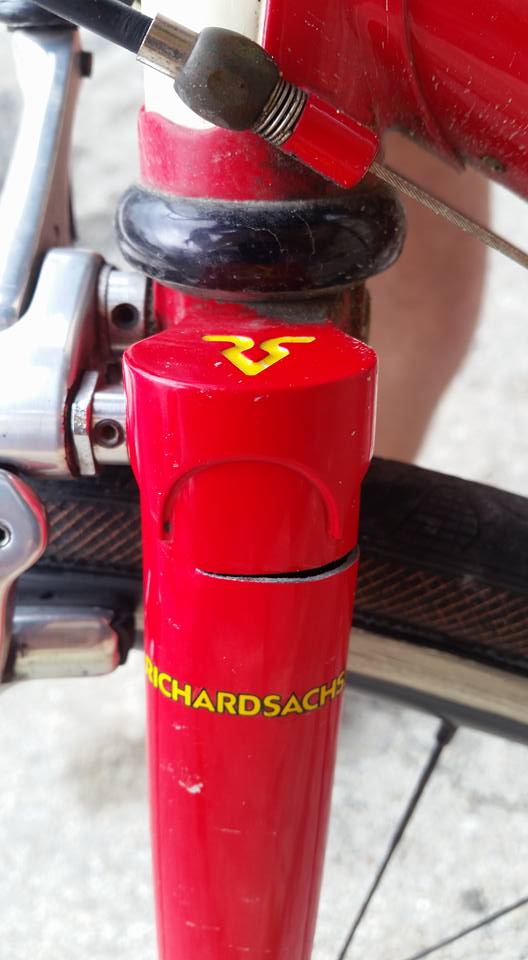 « A Penny Candy For My Thoughts
My Craft, Explained »