With the 2014-15 cyclocross season ramping up and the House Industries / Richard Sachs show at Rapha NYC tomorrow, the guys at House just posted some exceptional photos of Brittlee Bowman’s team cross bike to up the ante.

My favorite part of this project: it’s a damn race bike! Not a showpiece. Well, tomorrow night it will be. Make sure you RSVP for the show at Rapha and see more details below. 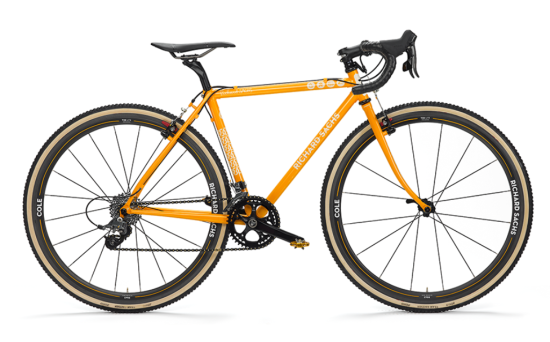 Words by John Watson originally on The Radavist