Ahead of the grand opening of the House Industries & Richard Sachs show at the Rapha Cycle Club NYC, Jeremy Dunn spoke to Mr. Sachs about the collaboration, bikes, cyclocross and how paint schemes can cause real anxiety…

First of all, can you give us a little background on how you became involved with House Industries?
I met Rich Roat about ten years ago and we stayed friends. From that point forward, I followed House Industries by way of their ever-changing website and became a fan of their style. Coincidentally, the alliance became a formal one in 2009 when the company came onboard as a sponsor of the Richard Sachs Cyclocross Team. From that alliance, I got up the nerve to ask them for some design work. I was producing my Piccoli Gioilli cast dropouts and needed a way to get my name patched into the art files we were sending to the casting house in Taiwan. They wrapped the twelve letters perfectly around the raised area where the skewers interface with the dropout. It’s clearly there to enjoy when you look at a finished frame, but covered up when the wheel is in and the bicycle’s assembled. Whatever.

Roughly two years ago a long and nagging anxiety I was feeling bubbled over. I woke up one day and said to myself, “Self, I am sick of the red and white thing atmo.” I had been painting the frames some version of these colors since 1982. There were countless combinations of shades, and hues, and toners, and whites, and ink changes, and also several graphic design edits too. But essentially, from a distance, these were all red and white. I took it as far as I could. In the last few seasons little had changed, and I was convinced that this was the end of the line. I contacted Rich, asked him if House Industries could do a job for me (I didn’t mention the project at this point), and waited for a reply.

The task was this: change it. Change one little thing, change all of it, start from scratch, or simply wave a wand and somehow make me like what I already have. Anything. Just find a way to transform it into whatever’s next. Almost twenty months passed between that initial call and the finished concepts (the current saffron and off-white schemes with House Industries Neutraface font used for my name…). They did a perfect job. I didn’t see any of the intermediate sketches, and have no idea how many ideas never made it before the final one was selected, and I wouldn’t change a thing. I couldn’t be any happier with the aesthetic than I am now.

The re-skin of the bicycle led to a stronger alliance between us all, and they took on the team kits, some accessories, and the design and branding has continued on. 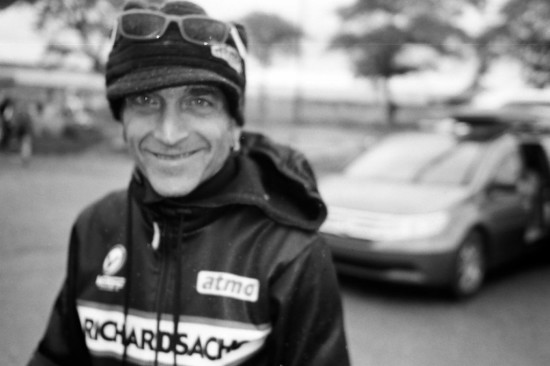 Part of this show is going to be the official launch of the 2014 Richard Sachs Cyclocross Team – what is that shaping up to look like? Same roster?
Yes, sorry for the short answer, but the roster is the same as 2013: BrittLee, Dan, Dan, Deb, and me.

A couple years ago you “shook up” the cycling world by unveiling a new color that House helped you with. Rumor has it there is going to be even more this year? Can you tell a little about this? Will it be available to customers?
Yeah, nah, and yeah. 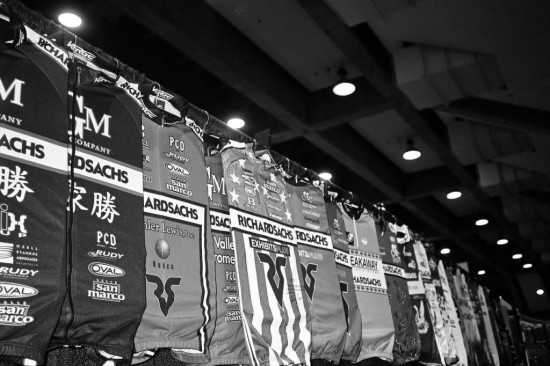 Are there any new races on the calendar that you’re looking forward to this year? Or do you have a favorite that you always enjoy returning to?
I like all of them except maybe the last one. Seriously, I love these cats (and kitten) and bleed for them and the sponsors. When we get to the final weekend wherever that venue happens to be, it’s hard to let go.

The Sachs cross team will just be one part of the show at the Rapha Cycle Club NYC, there will also be a bit of a look back on what you’ve been doing over there years. What is the focus of the bikes and ephemera that you’re bringing with you?
I am looking forward to that too. But I won’t know either until I arrive in New York. Bondé, Adam, and several others at House Industries are creating the exhibition and I don’t know what’s in it, where the boundaries are, or what it will look like. 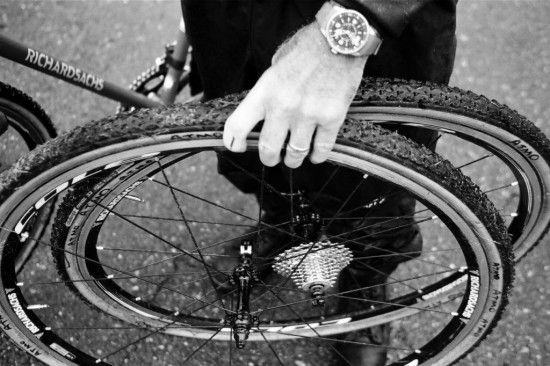 What is the one thing that we have to see from this collection?
The future. Whatever is on display is something that’s already been done. I can’t get too wrapped up in what was. So let’s have a nice time, see our pals, make memories, and start over again on Saturday morning.