I love this book. There are no words. From end to end it’s one page after another of images showing two renowned horologists in their natural environment. I bought my copy from Shellman’s in 2006. I keep it nearby and open it for inspiration. Watchmakers seem to have a deep connection to their trade and its history. I’d like to see that trait when I look around the room I work in. I don’t.

By nature, I’m a loner. I obsess. Details are important. I’m also a Jersey Boy so there’s a gang streak down my back, probably more from the influences of popular culture than anything real. But self-selected groups have an allure. Being locked in a room with your closest peers can be invigorating. And there doesn’t have to be a lock, or even a room.

There’s an assemblage of craftsmen who make up the Académie Horlogère des Créateurs Independents. That’s AHCI for the foreign word challenged. The AHCI formed in the early 1980s under a different name. Two makers with a concept tried to harness their creative and commercial interests and by the end of the decade there were eight members. Some thirty five years later there are still fewer than three dozen watchmakers in the the AHCI.

Often I’ll look out that window near my workbench and wonder about the decisions and judgments that keep the organization’s numbers low and its growth controlled. Then I’ll turn the pages and it becomes clear to me that these men are different and what they’ve achieved is the exception. And if I spend enough time staring at the pictures, I can almost see the faces of those who share the room with me.
. 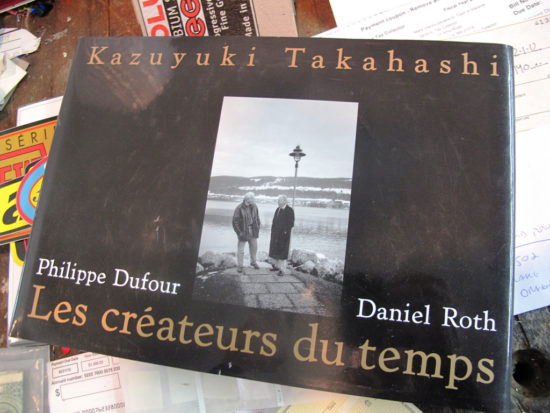