Oh cupcake, oh cupcake, please take me away
for five months each year so I can just play
with my pals in the rain, on the grass, and in snow,
and then after the Natz I will stubbornly go
back to real life, deadlines, and dreams about ‘cross
and pretend for a while that I am the boss.
I’ll make up some frames and deliver them too,
But all of the while I’ll be thinking of you.

Oh cupcake, my cupcake, you’re part of it all,
like Fangos and Sram and frames that are small
so that people all over can remount with ease
when barriers and sandpits offer their tease
at venues like Glousta’, Grenogue, and at NoHo
as BikeReg each week informs where we should go
and fight for the points and chances for call-ups,
ignoring our ages and pretending we’re young pups.

But cupcake, oh cupcake, the truth is you’re here
‘cuz Jack Chapman showed us your magic one year.
A baker named Patty made us all take a look
that one day in Auburn at your Sucker Brook.
She brought us examples of cream-topped delight
that I have been craving from morning ’til night.
Her cupcakes are surely each autumn’s best eats –
and so, so much better than mayo and frites. 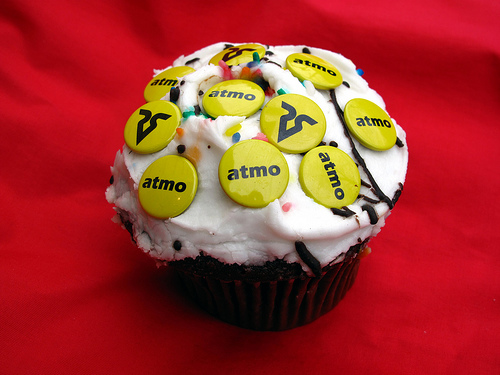 The above poem was written after the 2007 cx season atmo.