This is all that remains of the mechanical art created for a late 1970s order form of mine. The schematic has been used and transferred to other pages since. The message here is that I work with linear distances and only need four basic measurements to make your frame. I never did get the angles thing but as a young American coming up in Bike Boom culture, I was inundated in tech-speak from trade scribes, many fresh from an AYH event or still recovering from a 20 mile A.B.L.A race they did a month earlier, writing about how a touring bicycle had 72 degrees and criterium bicycles had 74 degrees, and gag me huh. None of it made any sense according to my opinion. On the other hand, as a frame maker and racing cyclist who also had longstanding subscriptions to Bici Sport, Miroir du Cyclisme, and other periodicals from the continent, it was clear that folks there, folks with longstanding histories in the sport, and who understood the relationship between the morphology of a fit rider and the machine he was riding – these people expressed their results in millimeters and not degrees. It was about your position above and between the wheels rather than some obtuse interpretation that included what angle(s) made a bicycle responsive, or stiff, or (sic) disappeared beneath you.

By 1979 I transitioned over to 1) saddle height, 2) setback, 3) reach, and 4) what color do you want. At the front end, it was as if I spoke some other language. Not everyone grasped it or understood the rationale. To this day, there are those who think you need a fitting, have to spend hours in front of a fitter while you’re sweating on a stationary bicycle in some fit studio, and do it all while listening to Olivia Newton John through the earbuds.

I listen to other things.
. 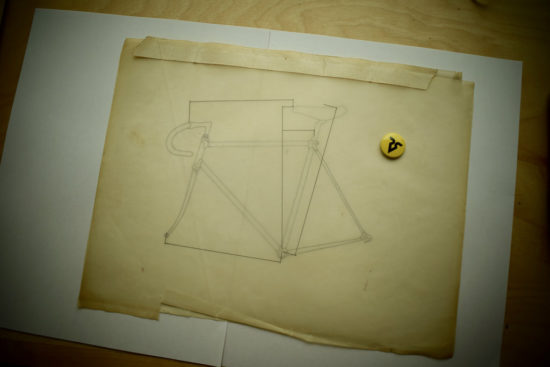