Having sustained a near four decade effort in the framebuilding trade, it’s not uncommon to field questions about endgame. Whether the conversation contains words like retirement or phrases like winding down, the subject does make my radar a lot more now than it ever has. As the receiver of such questions, I often chuckle because it doesn’t feel like 40 years, or several thousand frames, or a body of work. My routine is such that I don’t feel old enough to retire, and I certainly don’t feel a need to wrap it up anytime soon. My attitude and points of view are what they are because bicycles and bicycle racing have kept me young. Well, if not young, at least young at heart. My interests in the trade and the bicycle itself are so intertwined with the sport that it would not be incorrect to assume that they’re inseparable atmo. Heck, I have been pinning on race numbers longer than I have been walking up to the bench every working day of my adult life. Being a part of the sport for as long as I have has to be analogous to a surfer catching an endless wave or thinking that summers last forever. That’s how I have tip-toed through the decades and have remained happily suspended in a state of arrested development.  More than once I have described my work as just a way to pass the time between race weekends. I’m a bicycle racer who makes frames rather than a framebuilder who races. Whatever…

Regardless of my attitude, the clock ticks and I know some day I will fill my last order and also cross a finish line for a final time. I hope these milestones won’t come soon, but I am far more able now at my age (58 y.o.) to accept that it will, in fact, happen. To this end, I have found it easier to rationalize scaling back my frame production because the pace of it all suits me so much better at this point in my life. I’ve arrived at an intersection in my career when I realized, or perhaps it’s more exact to say – I admitted to my own self – that more doesn’t equal better. I’m not a machine! I have been a machine over the years and I could do it again at the drop of a hat. Making more frames is no problem from an operational standpoint; in the 1970s and 1980s my output was more than double what it is now. But the drive is no longer there atmo. I have landed in a comfortable spot in which I like the work, the pace and routine are mighty fine, and with the passage of time I have been able to expand my interests to include a frame materials business among other things. The latter has become part of the job too.

For a long time I believed I could design new parts, plan inventory, and pack boxes during brazing sequences or after work, and all the while still fabricate the frames. Eventually, it became apparent that I no longer wanted to get in touch with my inner workaholic just to find a balance between effbuilding, filling orders for the RS toys, training and racing, managing the ‘cross team, and – most importantly – having a personal life worth living. Things around here have changed. If not that, then clearly my ability to rationalize has! My bicycles take longer to deliver because my net is cast out wider than ever, and my satisfaction with all that it brings me at and away from my bench is at an all time high. I have found a balance. Maybe I’m a slow starter. Or I missed a memo. But after all this time I have found a balance.

Nearly 40 years have passed since my path veered and I was hurled into the bicycle industry. The racing has paralleled it every step of the way. I sense my ties to the sport are beginning to fray a bit, too. I don’t envision leaving a sponsorship involvement in the near future, but I have had pangs of disinterest descend upon me during the last couple of seasons. For reasons I’ve yet to resolve, there are moments when my head just isn’t in the race, and my results can’t hide them. As recently as 2010 I was still able to leave my imprint on nearly any event I entered. This season, I was the nail, not the hammer. And man did I get hammered hard. My results in 2011 were such that conversations I had with myself contained words like retirement or phrases like winding down! Maybe the roads of ability, motivation, and the chance that I can see the front of the field have now narrowed too much for me to muster up the desire. I’m committed for 2012, but have reconciled that my life as a bicycle racer beyond that is to be determined. And while I never ever expected to feel this way, I’m very comfortable with it now.

And then there is the work at the bench. The long queue will sustain me for the foreseeable future as I enter my fifth decade in the trade. There will be a time when I fill that last order for a paying client. After that, who really knows? Perhaps when all of these what-ifs meet at a crossroad, I’ll have finished the commissions and may also walk away from the sport. My head brims with thoughts of building frames without a concern for my income along with riding just for fun. I’d have a life without a bottom line or a finish line. Maybe that’s the next goal. 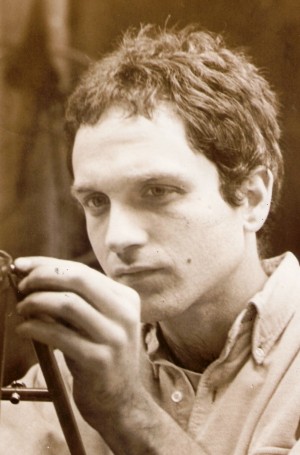 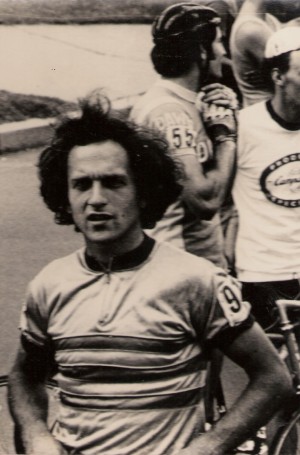