My business model has been an inexact science since Day One. By dint of a prior life, I inherited clients and orders and started without really wanting for much at all. What I did crave had little – no, it had nothing – to do with commissions or a queue. It was about getting to the other side. It took a career at the bench to see it so clearly. The goal was never more, it was better. And I knew early on that better and practice were interrelated. So I became a practice zealot. It became the routine. My making wasn’t as much about finishing something as it was to place every step, and every step of every step, under a lens and pay attention. That’s where better comes from. And then time passed.

I might get to that last name in 2018. People wait patiently. And one by one I’ve been getting nearer to the end. It’s not literally an end. Think inexact science. There’s a separate folder with orders from folks who weren’t ready, who told me to skip them, or who asked to be placed on that last page in the book. I suppose some day they’ll make a decision. I’m looking at the last page now. Alas. 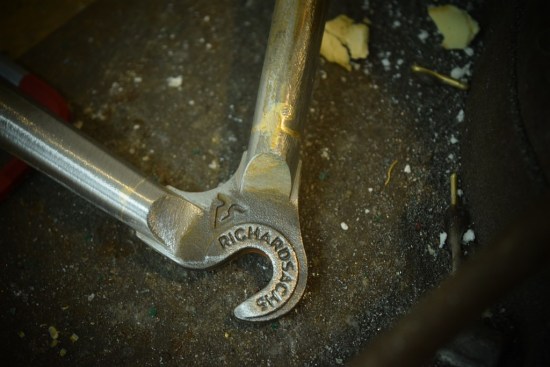 « According To His Opinion
On Decorating »