getting it eggsactly right

the organic nature of frame building – taking a pile of parts, some tools, experience, and a vision – has always confounded me atmo. i’m way more comfortable with it now than i was when i started. but it often made me squirm as i was trying to figure out the dance. no two are alike. and some parts of one can be so very right, while the rest of it is just good enough. getting it nailed from end to end isn’t possible, and i surrendered to that notion years ago. in some ways it’s like the accuracy of a quartz watch compared to the idiosyncrasies of a mechanical one. i say in some ways, because i really don’t know watches well enough to know why a drug store example may keep more accurate time than one labored over by a skilled watchmaker. oh, and in many ways i don’t care. but i do know about frames, and no matter what you bring to the table, and no matter how hard you try, or how on your game you are, no two are alike. alas, duplication and repeatability are just dreams atmo. is it okay to articulate these differences and even celebrate them? since i can’t seem to get to that elusive other side, i reckon it is. 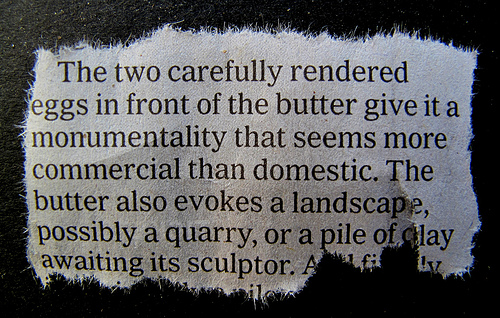 so, how much work would you builders do before checking this off the list and moving on?

i’ll answer that by pasting in this thought – one that hit me so deep that i xeroxed it and
added to the cover of our handmade wedding invitations back – what, 13 years ago atmo!? 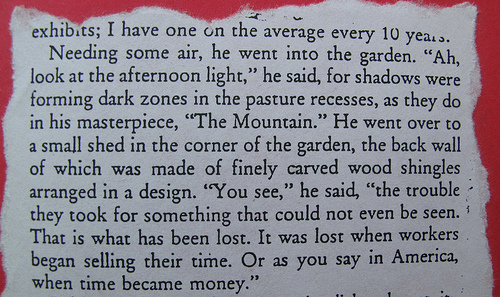 let me paste in that last thought because it’s one i cling to each working day and on every part i touch:
“…the trouble they took for something that could not even be seen. That is what has been lost. It was lost when workers began selling their time. Or, as you say in America, when time became money.”

Even things made by machine are not perfect.
It’s all a matter of resolution.
As is everything in life.

nails it atmo. and there’s something to the routine of picking up yet another pile of parts and making them fit yet another work order that, on one hand is a chance to redeem oneself for all past flaws, and on the other hand realize that it’s not worth the effort since the material always tells you what it will be. ‘would make a good koan brothers film huh.

Is that a double meaning/fruedian slip – the spelling or misspelling of the name “Koen”.
Koan –
koan |ˈkōˌän|
noun
a paradoxical anecdote or riddle, used in Zen Buddhism to demonstrate the inadequacy
of logical reasoning and to provoke enlightenment.

yes – you get me like a book atmo.
‘was intentional.
ps and it is coen brothers iirc imho.

then what was my slip?

hi – no slip.
i was saying that you had me right with the double entendre.
that means two entendres in french.

Cool…thanks for explaining that in a way that’s not patronizing.
That means not being talked down to.

is it okay to articulate these differences and even celebrate them? since i can’t seem to get to that elusive other side, i reckon it is. well – i am not sure if there was thread drift, or if the question was addressed and i’m too obtuse to see the answer. but my reply to my own post is that it’s okay to celebrate them. there. i said it.

« Marketing the handmade industry: the next step
framebuilding been betty, betty good to me »