framebuilding been betty, betty good to me

Hi Richard. At the risk of sounding like a kiss ass I’d have to say that you were one of the inspirations that led me to pursue this craft and make it my trade.

If you had to distill your experiences in framebuilding into a single piece of advice for us younger builders, what would it be?

thanks, carl.
here’s a reply straight from the hip –
use what you know.
make what you use.
know what you make.
sell what you use.
and never look up to see what anyone else is doing.
no matter how wide the net is cast, all that matters is what you think.
if you ever second guess yourself, pause until you don’t.

“…and never look up to see what anyone else is doing”

That resonates with me-

You seem to have a pretty strict sense of what you want to build- do you ever feel the need (and pursue it) to build something out of your customer offered bikes? Outside of rolling refinements and updates, that is.

i think you mean do i want/need/think about building something other than what i make for sale?

if the interpretation is correct, the answer is no.

it might make it clear(er) to add that i am not an engineer type, or an artiste, or someone who wants to get people out of cars and on bicycles. i don’t think about changing the world, or the industry, or trying to get folks to look at me (iow my bicycles) by adding a new flourish or geegaw that might appeal to their eye. despite all these years passing, i am still a person who accidentally and serendipitously entered all of this through a side door. the plain fact is that bicycles are not even something i love or obsess about, and don’t recall ever feeling differently. i like the life i have lived and the places these turns in the road have taken me. but my real tie to making bicycles is that i am a racer who makes them rather than a framebuilder who races. i’ve never felt otherwise. i don’t read the bicycle periodicals, don’t get the road tests or the tech jargon most cats are fixated upon, and have never tried to up the ante by taking X and making it X plus whatever would make it lighter, stronger, or more palatable. but don’t get me wrong – i have worked hard, very hard, at taking what i do at the bench and trying to understand what makes it tick. no one out there is more confounded by the assembly process than i am. NO ONE. i am 100 percent confident that my intuition and racing background have set a good table for me to make bicycles that fit and work well. but at the end of the day, they still have to be fabricated. and that process is never the same twice. there are many folks out there who see the steel pipes and the red frames and the lack of any other cast that supports my corporate culture and think i make the same thing over and over yada yada blah blah blah. only robots or a shift of workers at Intergalactic Bicycle Transportation Needs, Inc of middle new york state can make the same thing over and over…

what was the question?

all i can add to this is that, despite the college gig getting sidetracked and the job at the ski rack being taken before i even boarded a greyhound bus with a one way ticket to vermont, and even factoring in that my trip to london was, in part, to get back at those creeps for saying i wasn’t good enough for their stupid bike mechanics job – despite all of this, bicycle framebuilding been betty, betty good to me atmo. 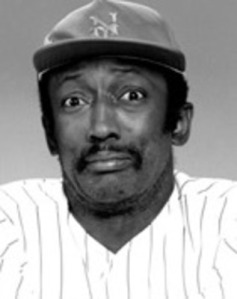 « getting it eggsactly right
framebuilding is simultaneously mechanical and organic »