We all have game-changers. Those paths that appear from nowhere and say (as if paths could speak…), “Leave the path you’re on and follow me from this point forward.” I’ve been visited more than a few times. Lucky for me, I never asked why, I just followed.

By 1980 I was almost a decade into my newfound trade (recall, I didn’t want to be a bicycle maker, I simply became one – eventually) and losing interest on a monthly basis. But I was too invested at this point, and also too far removed from academia to believe that maybe – just maybe – I could cash out and go back to a campus. The industry was changing fast and, despite having accumulated some good years and a decent following, I didn’t fit.

It was about this time that I was simultaneously shutting down the fantasy that I could endure bicycles for the “rest of my life” while also widening the net I was catching inspiration points in. Bicycles no longer got me wet and sticky and, if I was gonna eek out more from my work, I had to be free to leave when new paths appeared.

In 1982 I bought a copy of George Nakashima’s The Soul of a Tree and devoured it. How he described the stance that a woodworker takes, the respect he has for his tools, his interest in the craft’s lineage and intense study one must commit to in order to become better, and more well versed on all levels – all of this spoke volumes to me. In my short time as a maker of things, I’d never experienced this dedication from anyone I met in the niche. 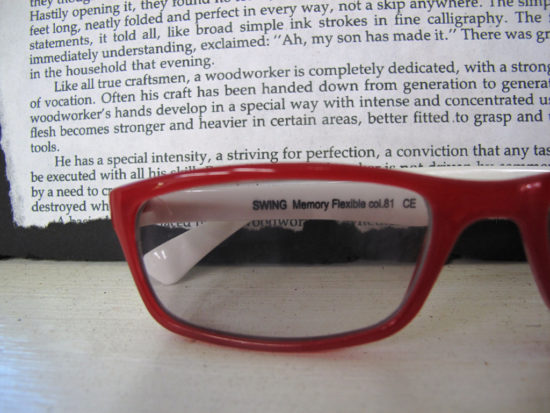