By 2011 I was a card carrying member of the Jetson family. The future had happened and I willingly kicked myself into it. After seven years and five lug set launches, I brought Sax Max into the conversation. Designed alongside the ÜberOverSize (say ÜOS for short, I dare ya’…) PegoRichie tube set made exclusively by Columbus Tubi for me and Dario Pegoretti, the agenda included thinking big. The Sax Max parts and accompanying pipes were spec-ed around even larger dimensions than folks were using for traditional lugged steel frames. The project even allowed the maker to add a (gulp) carbon fiber fork. Hey it’s a new day huh. The OS diameters we were using had been in the public domain for so long that I no longer thought of them as oversize, but more aptly as “the” size. Growing the OS ordeal and adhering to my Bring Back The Elegance ethos, the Sax Max components and ÜOS tubes checked all my boxes. Go big or go home. Produce shit or die.
. 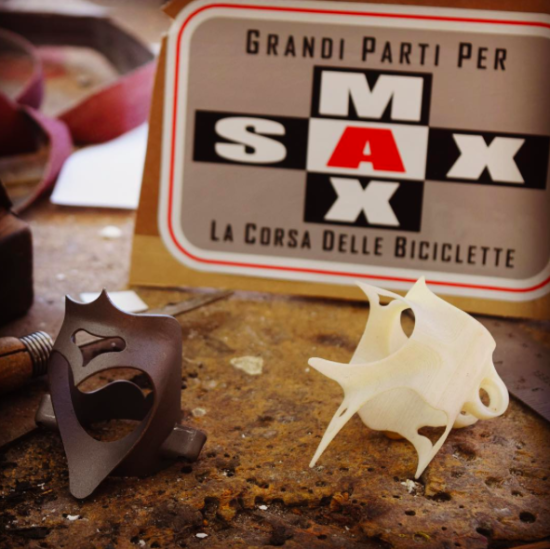 « The Day The Future Happened
A Threaded Conversation »