The Day The Future Happened

This was my life in 2002. The Richie-Issimo lug project was the first set designed by me for me. There’s a FUBU thing buried in it if you dig deep enough – but I digress. I didn’t and wouldn’t embrace the Solidworks things until several years later. My original parts were made from real life blanks, chopped and channeled, with areas of metal further added to only to be cut back, and little elegant cutouts (windows) inserted in strategic places. I’d end up with full scale mirror images of the vision I began with. These were sent to the foundry. I wanted them cast in the exact shapes I supplied. But even in 2002, the casters were all about art files, 1s and 0s, and a language I knew nothing about. I’d send parts. They’d volley back with email attachments I’d have sign off on. I had no clue what the numbers meant, and could care even less. The pictures were very pretty atmo. At least there’s that. Thing is, once you sign off on a drawing, the tool is made and the parts produced. If a curve or line or edge wasn’t right, it’d cost another large amount to make a revision. I revised every lug in every RS lug set through the years, right up until the future happened. Thank goodness for 3D printing etc etc blah blah blah. My early years and routine at the bench served me well for imagining lines and creating them by hand using files and tools. Over time, the files and tools changed, and the intuitive skills have evolved a bit too. Produce shit or die.
. 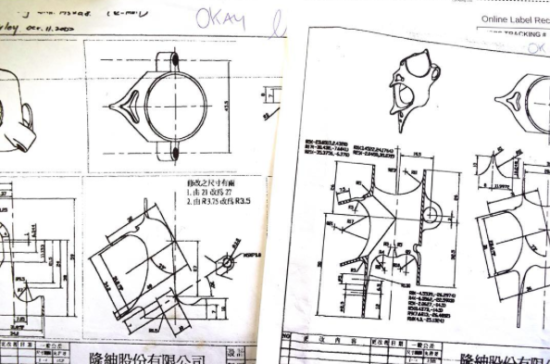