A recent article on Ivy-Style tells about the so called coat-and-tie-rule and social deterioration at Harvard in the late sixties. I don’t know how some angst-ridden and counterculture crusades begin, but we had our version at The Peddie School. When I arrived in 1969, all boys had a dress code for classes, meals, and chapel. I’m not the conforming type, but thought the uniform look was kinda’ sorta’ cool.

By the time I graduated in 1971, it was a different environment. Neat was the only standard. Neat, as in no jeans, shirts had to have collars and be tucked in. No sneakers in class. Sideburns were permitted. We still had the crested jackets and school ties for the more ceremonious occasions. During my time on campus I saw the styles ease, as well as other long time standards change.

And then there was the time some of us took over Longstreet Hall, the school’s canteen and now part of the library system at Peddie. For two days, we locked ourselves in and protested until that fateful hour we pulled Mr. Roberts, the English Department head, through an open window and allowed him to negotiate on behalf on the administration. We thought we won. They likely thought they did.

While in Hightstown this October, I saw the current Headmaster, Peter Quinn. I mentioned that Deb had just taken pictures of me on the steps of Longstreet and that I was part of the cabal that owned the building for two days in 1970. He said a plaque now exists inside and speaks to the ordeal. He asked about the siege, since the truth is lost to other stories that have come and gone since.

I couldn’t recall the details. I told Mr. Quinn I thought our group was part of an in-between generation. Too young for the war. Had no first-hand experience with Woodstock or its ilk. And certainly not wise enough to appreciate the events at Columbia, or Kent State, or even Harvard. But we wanted to make a mark as all students do. Locking ourselves in the canteen was our way of saying we care. But about what, who really knows?

My blue Peddie blazer still hangs in the closet and I wear its several times a year. It reminds me that I’m part of a tradition that’s lasted well over a century and a half. Time rarely passes without me thinking about my days there, even the two I can’t remember much about.
. 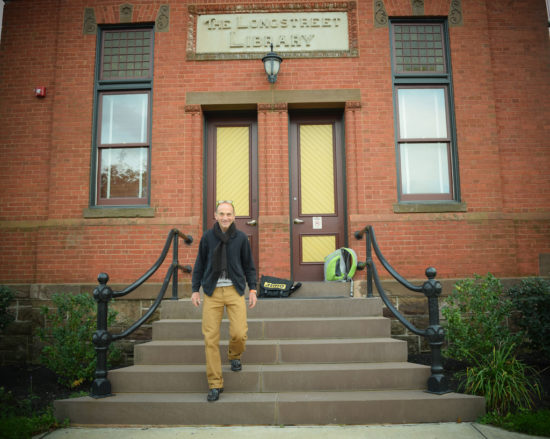