On And Off Road

It can seem, at times at least, like an endless cycle of getting close, then getting there, and then ultimately feeling lost on a road you don’t recognize. By 1991, when this article came out, I was a year shy of coming to the bench for two decades. And when yet another journalist wanted to talk about life as a maker, he’s already scrutinized my background and knew about the path I walked. Try doing that without Google.

A typical interview: us sitting in my studio while I scan for body English, trying to decide if this guy really thinks I’m interesting, or if it was just another assignment created to fill newsprint. The better writers had their pads full of research material (not a Google in sight), asked good questions that allowed a broad spectrum of replies, and didn’t, as in never EVER, treat my work as some sort of high priced toy for the cognoscenti and the rich. Those who were aware that I was making tools for the event, beautiful ones at that, gave the best article. 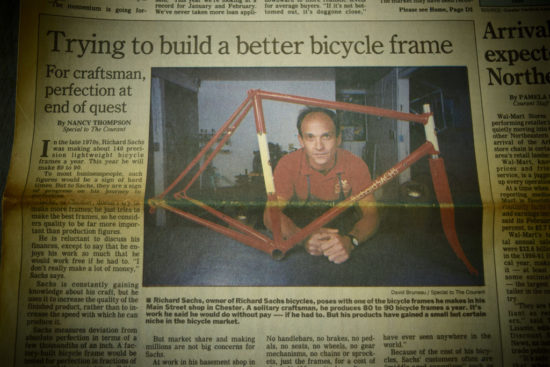 « Growing A Set
Dulling An Edge »